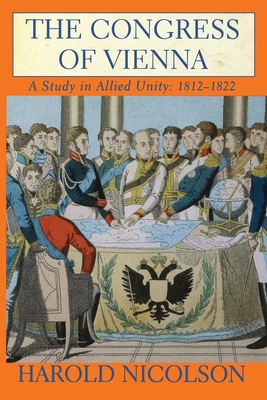 By Sir Harold Nicolson
$17.00
Not Available

In 1812, at the end of the Napoleonic Wars, a congress convened in Vienna in which the fate of Europe was to be determined for the next hundred years. Attending were the great statesmen of the time -- the wily French foreign minister, Talleyrand; his brave but misguided British counterpart, Lord Castlereagh; the conservative Austrian chancellor, Prince Metternich; and the idealistic but unstable tsar Alexander. Beginning with Napoleon's harrowing retreat from Moscow, the pace of the narrative holds throughout the negotiations in the Austrian capital, where the power struggle to both restore a lost world and ensure a stable future took place. Harold Nicolson's classic is narrative history at its best. With swift pace, clear focus and a series of brilliant character sketches, this is narrative history at its best. -- The New York Times.