On the Water (Paperback) 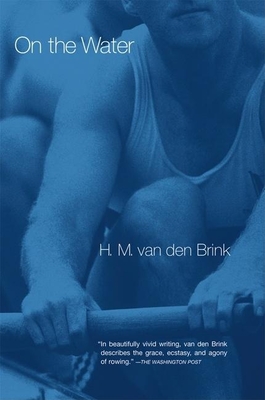 A powerful tale of romantic regret (The Seattle Post-Intelligencer), Los Angeles Times Best Book of 2001, and finalist for the French Prix Medicis, On the Water tells the poignant story of Anton and David, two oarsmen trained by a mysterious German coach in the golden Amsterdam summer of 1939. Anton stands on the banks of his beloved river years later, on the wintry eve of Holland's liberation, and mourns a lost world. David, his Jewish teammate and quiet obsession from that magical summer, has disappeared, and the boathouse is now derelict and deserted. Spare, lyrical, and nuanced, On the Water is quietly enormous, capturing a moment so precise and exact it is as if caught in amber -- a rowing club in Amsterdam and two of its competitors from very different backgrounds, set against the backdrop of the oncoming war. The menace of tragedy to come is subtly woven into the story of the two boys whose only concerns are practices, races, and themselves. In the end, all that is left for Anton is the memory of his supreme happiness that summer. ...beautiful, vivid writing...van den Brink describes the grace, ecstasy, and agony of rowing, the miracle of its teamwork harmony. -- Carmela Ciuraru, The Washington Post Book World A] small miracle of a book. -- Daniel Topolski, The Guardian.