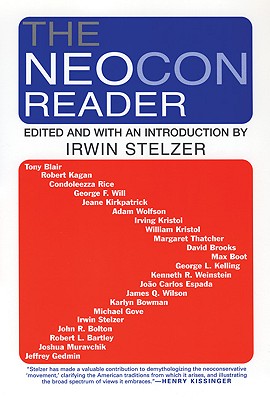 In this anthology of essays written by today's leading neocons, Irwin Stelzer attempts to dispell many of the myths, built up by foreign and some domestic media, that have led many Americans to view neoconservatism as a radical and cohesive movement. Rather, Steltzer seeks to prove, neocons are an ecclectic group of intellectuals and politicians who agree on some major policy issues but who pride themselves on their individuality. "Neoconservatism is more of a persuasion than a movement." He also asserts that the domestic and foreign policies advocated by Bush and his supposed neocon band of ideologues may be a sharp break from the post-Cold War foreign policy consensus, but actually have deep roots in American history and are more consistent with Brittish foreign policy than many believe.