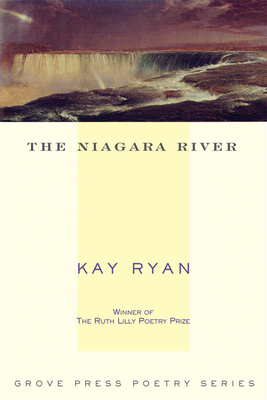 In the citation accompanying Kay's recent award of the prestigious Ruth Lilly Prize, Christine Wiman wrote: Kay Ryan can take any subject and make it her own. Her poems-which combine extreme concision and formal expertise with broad subjects and deep feeling-could never be mistaken for anyone else's. Her work has the kind of singularity and sustained integrity that are very, very rare.... It's always a dicey business predicting the literary future... but] for this reader, these poems feel as if there were built to last, and...they have the passion, precision and sheer weirdness to do so. Salon compared the poems in Ryan's last collection to Faberg eggs, tiny, ingenious devices that inevitably conceal some hidden wonder. The exquisite poems in The Niagara River provide similarly hidden gems. Bafflingly effective, they seem too brief and blithe to pack so much wallop. Intense and relaxed at once, both buoyant and rueful, their singular music appeals to many people. Her poems, products of an immaculately off-kilter mind, have been featured everywhere from the Sunday funnies to New York subways to plaques at the zoo to the pages of The New Yorker.

Ryan’s poems make a singular, angular music that’s not quite like any you’ve heard, with sharp edges, densities of sound and syntax that can acquire the most mysterious clarity, and rhymes that come at you in the same off-kilter way that the observations do. These poems feel as if they were built to last, and they have the passion, precision, and sheer weirdness to do so.” Christian Wiman, editor of Poetry, from the citation accompanying The Ruth Lilly Poetry Prize

Her poems are compact, exhilarating, strange affairs, like Erik Satie miniatures or Joseph Cornell boxes. She is an anomaly in today’s literary culture: as intense and elliptical as Dickinson, as buoyant and rueful as Frost.” J.D. McClatchy

Ryan’s poems leave the reader elevated or changed or moved but at a loss to say exactly how this effect has been wrought. It’s like arm wrestling with the scrawny kid in the schoolyard who pins you before you know what’s happened.” David Yezzi, Poetry

I can’t think of another poet who makes me laugh as often as she makes me ponder the imponderables.” Laura Miller, Salon

Ryan brazenly questions the extent to which we are in control of, and thus responsible for, our own and others’ suffering. Her work . . . operates in an American tradition stretching from Dickinson through Stevens and Frost to Ammons and Bronk, where fidelity to the natural world works as a scrim for staging such self-exploration. . . . Empathic and wryly unforgiving of the human condition, the poems are equal parts pith and punch. The effect is bracing.” Publishers Weekly