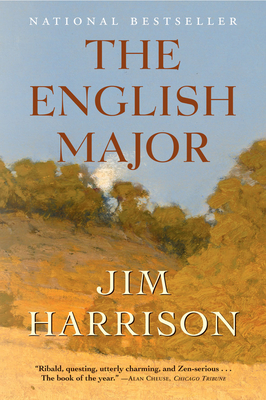 "It used to be Cliff and Vivian and now it isn't." With these words, Jim Harrison begins a riotous, moving novel that sends a sixty-something man, divorced and robbed of his farm by a late-blooming real estate shark of an ex-wife, on a road trip across America. Cliff is armed with a childhood puzzle of the United States and a mission to rename all the states and state birds, the latter of which have been unjustly saddled with white men's banal monikers up until now. His adventures take him through a whirlwind affair with a former student from his high-school-teacher days twenty-some years before, to a "snake farm" in Arizona owned by an old classmate, and to the high-octane existence of his son, a big-time movie producer who has just bought an apartment over the Presidio in San Francisco. Now in paperback, Jim Harrison's riotous and moving cross-country novel, The English Major, is the map of a man's journey into, and out of, himself. It is vintage Harrison--reflective, big-picture American, and replete with wicked wit.