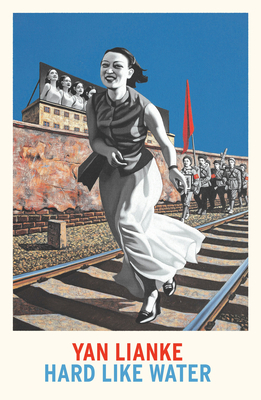 From a visionary, world-class writer, dubbed "China's most controversial novelist" by the New Yorker, a gripping and biting story of ambition and betrayal, following two young communist revolutionaries whose forbidden love sets them apart from their traditionally minded village, as the Cultural Revolution sweeps the nation

Gao Aijun is a son of the soil of Henan's Balou Mountains, and after a service in the Army, he is on his way back to his ancestral village, feeling like a hero. Close to his arrival, he sees a strikingly attractive woman walking barefoot alongside a railway track in the warm afternoon sun, and he is instantly smitten. She is Xia Hongmei and lives up to her name of "beautiful flower." Hiding their relationship from their spouses, the pair hurl themselves into the struggle to bring revolution to their backwater village. They spend their days and nights writing pamphlets, organizing work brigades, and attending rallies, feeling they are the vanguard for the full-blown revolution that is waiting in the wings. Emboldened by encouragement from the Party, the couple dig a literal "tunnel of love" between their homes, where underneath the village their revolutionary and sexual fervor reaches a boiling point. While the unsuspecting villagers sleep, they sing revolutionary songs and compete in shouting-matches of Maoist slogans before making earth-moving love. But when their torrid relationship is finally discovered, and they have to answer to Hongmei's husband, their dreams of a bright future together begin to fray. Will their great revolutionary energy save their skins, or will they too fall victim to the revolution that is swallowing up the country?

A novel of rare emotional force and surprising humor, Hard Like Water is an operatic and brilliantly plotted human drama about power's corrupting nature and the brute force of love and desire.