The Last Giants: The Rise and Fall of the African Elephant (Paperback) 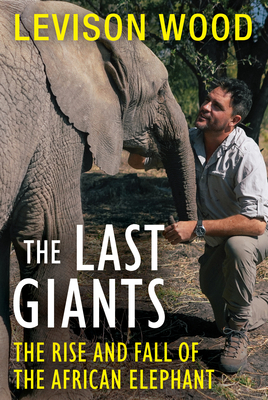 From award-winning explorer and bestselling author Levison Wood, The Last Giants is a comprehensive exploration of the fascinating past, difficult present, and imperiled future of the African elephant.

The Last Giants satisfies British explorer Levison Wood's lifelong desire to learn more about the majestic African elephant. These giants trek through some of Africa's most magnificent landscapes as they go in search of life-giving waters and pastures. El Nino's droughts and an insatiable ivory trade have cut African elephant numbers by a third in the last decade alone, and if elephants disappear entirely, Africa's entire ecosystem could collapse. But Botswana has become a safe haven, where one-sixth of the world's elephants now reside. Each year their numbers grow and an incredible migration takes place, which Wood witnesses and records. He teams up with local trackers to gain insight into how this iconic species survives, camps out in the wild, meets the people and tribes living on the migration's path, and joins the park rangers whose job it is to protect these land goliaths, equipped with his "good eye for detail and better ear for dialogue" (Wall Street Journal).

Levison Wood is a writer, photographer, and explorer. He is the author of three previous books, Arabian Journey, Walking the Nile, and Walking the Americas, which won the 2016 Edward Stanford Adventure Travel Book of the Year Award. He served in Afghanistan as an officer in the British Army Parachute Regiment and is a fellow of the Royal Geographical Society, and an international fellow of the Explorers Club. His work has been featured in publications around the world, including National Geographic, Discovery Channel Magazine, and on CNN, Channel 4, and the BBC. When not abroad, he lives in London.