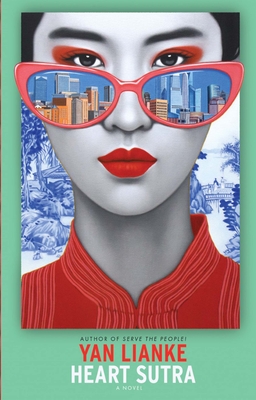 From "China's foremost literary satirist" (Financial Times) comes a captivating new novel set at a religious training center in Beijing, focusing on the unlikely love story of a Buddhist nun and a Daoist priestAt the Religious Training Center on the campus of Beijing's National Politics University, disciples of China's five main religions--Buddhism, Daoism, Protestantism, Catholicism, and Islam--gather for a year of intensive study and training. They live in dormitories, eat at shared tables in the cafeteria, and attend lectures to learn about their own religion while also sharing in the lessons other faiths can bring. In this hallowed yet jovial atmosphere, the institute's two youngest disciples--Yahui, a Buddhist jade nun, and Gu Mingzheng, a Daoist master--fall into a fast friendship that might bloom into something more.This year, however, the worldly Director Gong has an exciting new plan: he has organized tug-of-war competitions between the religions, pitting Catholics against Protestants, and Buddhists against Muslims. The fervor of competition offers excitement for the disciples, as well as a lucrative source of fundraising, but Yahui looks on the games with distrust: her beloved mentor, Jueyu shifu, collapsed after witnessing one of these competitions. Gu Mingzheng, meanwhile, has his own mission at the institute, centering on his search for his unknown father. Soon it becomes clear that corruption is seeping ever more deeply into the foundation of the institute under Director Gong's watch, and Yahui and Gu Mingzheng will be forced to ask themselves whether it is better to stay committed to an increasingly fraught faith or to return to secular life forever--and nothing less than the fate of the gods itself is at stake.Illustrated throughout with beautiful original papercuts, animated by an incisive sense of humor, and peopled by an unforgettable cast of mortals and deities alike, Heart Sutra is a stunning and rich addition to Yan Lianke's oeuvre that asks questions about the role of the state in religion and the costs of division when unity is most needed.