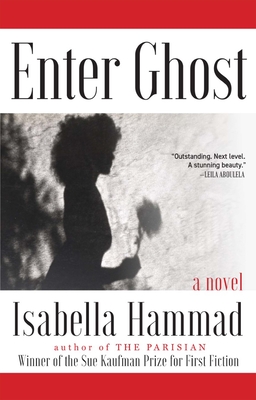 A bold, evocative new novel from the Sue Kaufman, Betty Trask and Plimpton Prize Award winner Isabella Hammad that follows actress Sonia as she returns to Palestine and takes a role in a West Bank production of HamletAfter years away from her family's homeland, and healing from an affair with an established director, stage actress Sonia Nasir returns to Palestine to visit her older sister Haneen. Though the siblings grew up spending summers at their family home in Haifa, Sonia hasn't been since the second intifada and the deaths of her grandparents. While Haneen stayed and made a life commuting to Tel Aviv to teach at the university, Sonia remained in London to focus on her burgeoning acting career and now dissolute marriage. On her return, she finds her relationship to Palestine is fragile, both bone-deep and new.Once at Haneen's, Sonia meets the charismatic and candid Mariam, a local director, and finds herself roped into a production of Hamlet in the West Bank. Soon, Sonia is rehearsing Gertude's lines in Classical Arabic and spending more time in Ramallah than in Haifa with a dedicated group of men from all over historic Palestine who, in spite of competing egos and priorities, each want to bring Shakespeare to that side of the wall. As opening night draws closer it becomes clear just how many invasive and violent obstacles stand before a troupe of Palestinian actors. Amidst it all, the life Sonia once knew starts to give way to the daunting, exhilarating possibility of finding a new self in her ancestral home.A stunning rendering of present-day Palestine, Enter Ghost is a story of diaspora, displacement, and the connection to be found in family and shared resistance. Timely, thoughtful, and passionate, Isabella Hammad's highly anticipated second novel is an exquisite feat, an unforgettable story of artistry under occupation.

ISABELLA HAMMAD was born in London. Her writing has appeared in Conjunctions, The Paris Review, The New York Times and elsewhere. She was awarded the 2018 Plimpton Prize for Fiction and a 2019 O. Henry Prize. Her first novel The Parisian (2019) won a Palestine Book Award, the Sue Kaufman Prize from the American Academy of Arts and Letters, and a Betty Trask Award from the Society of Authors in the UK. She was a National Book Foundation 5 Under 35 Honoree, and has received literary fellowships from MacDowell and the Lannan Foundation.