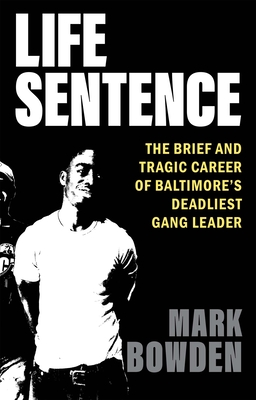 In this unprecedented deep dive into inner-city gang
life, Mark Bowden takes readers inside a Baltimore gang, offers an in-depth
portrait of its notorious leader, and chronicles the 2016 FBI investigation
that landed eight gang members in prisonSandtown is one of the deadliest neighborhoods in the world;
it earned Baltimore its nickname Bodymore, Murderland, and was made notorious
by David Simon's classic HBO series "The Wire." Drug deals dominate street
corners, and ruthless, casual violence abounds.Montana Barronette grew up in the center of it all. He was
the leader of the gang "Trained to Go," or TTG, and when he was finally
arrested and sentenced to life in prison, he had been nicknamed "Baltimore's
Number One Trigger Puller." Under Tana's reign, TTG dominated Sandtown. After a
string of murders are linked to TTG, each with dozens of witnesses too
intimidated to testify, three detectives set out to put Tana in prison for
life. For them, this was never about drugs: It was about serial murder.Now an acclaimed journalist who spent his youth in the white
suburbs of Baltimore, Mark Bowden returns to the city with exclusive access to
the FBI files and unprecedented insight into one of the city's deadliest gangs
and its notorious leader. As he traces the rise and fall of TTG, Bowden uses
wiretapped drug buys, police interviews, undercover videos, text messages,
social media posts, trial transcripts, and his own ongoing conversations with
Tana's family and community to create the most in-depth account of an inner-city
gang ever written.With his signature precision and propulsive narrative, Mark
Bowden positions Tana - as a boy, a gang leader, a killer, and now a prisoner -
in the context of Baltimore and America, illuminating his path for what it
really was: a life sentence.

MARK BOWDEN is the author of fifteen books, including the#1 New York Times bestseller Black Hawk Down. Hereported at the Philadelphia Inquirer for twenty years and nowwrites for the Atlantic and other magazines.