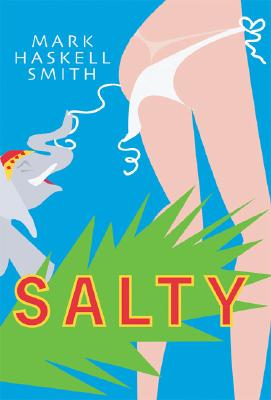 Turk Henry is overweight, unemployed, and unafraid to have a cold beer for breakfast. He's also a rock star (the bassist for the defunct megaplatinum-selling Metal Assassin), married to a supermodel, and rich beyond his wildest dreams, and right now his pampered paunch is plopped on the beach in Phuket. Turk has discovered that Thailand is probably the last place a recovering sex addict should go on vacation, yet here he is, surrounded by topless groupies and haunted by the stares of hundreds of luscious bar girls. It is a catalytic environment cranked up to eleven. What would his therapist say? Turk's struggles with monogamy pale beside a greater challenge when his wife is abducted by a group of renegade, shipless Thai pirates. The U.S. government won't help--they suspect the pirates are terrorists--and the law forbids Turk from paying the ransom. As Turk, his life skills limited to playing bass and parrying, navigates the back alleys of Bangkok and the deadly jungles of Southeast Asia to save his wife, Salty heats up and sweats bullets. Featuring skinflint American tourists, topless beaches, a hypochondriac U.S. government agent, suitcases loaded with cash, an overeager full service personal assistant, a horny Australian commando, inventive prostitutes, and an urbane pirate with a fetish for alabaster skin, this is a hilariously entertaining, thoroughly debauched novel--with a happy finish.

Mark Haskell Smith is the author of five novels, "Moist, Delicious, Salty, Baked, " and "Raw," and the non-fiction "Heart of Dankness: Underground Botanists, Outlaw Farmers, and the Race for the Cannabis Cup." His work has also appeared in the "Los Angeles Times," Vulture, "National Post," and the "Los Angeles Review of Books." Smith is an award-winning screenwriter and assistant professor in the MFA program for Writing and Writing for the Performing Arts at the University of California, Riverside, Palm Desert Graduate Center. He lives in Los Angeles. He likes Mexican food.