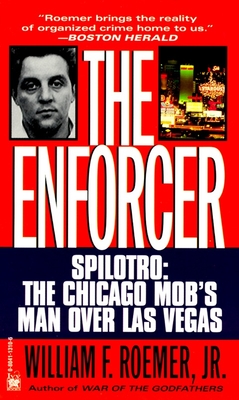 Bugsy Siegel built Las Vegas, but it was Tony "The Ant" Spilotro who ran the show. Now William F. Roemer, Jr., veteran FBI agent and scourge of the Cosa Nostra, tells the shocking story of how a teenage wiseguy grew up to become "the man" in Vegas. From the gritty streets of Chicago to the neon-lit Nevada wonderland, Roemer assembles a rogue's gallery of the highest-ranking capos and the lowest creeps of organized crime. As incredible as any work of fiction -- but it's all fact!

William F. Roemer, Jr. (1926–1996) was a retired FBI agent well known for his role in infiltrating the Mafia. He wrote several books on his experience as an FBI agent, including Accardo: The Genuine Godfather and The Enforcer: Spilotro—The Chicago Mob’s Man Over Las Vegas.