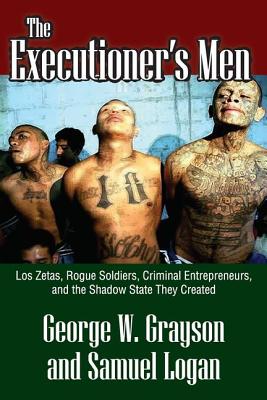 A new generation of ruthless pragmatists carves a parallel state across Mexico and Central America. Most powerful among them is Los Zetas, ruled over by Heriberto Lazcano, known as The Executioner. Lazcano and his men have forced a tectonic shift among drug trafficking organizations in the Americas, forever altering how criminal business is conducted in the Western Hemisphere. This narrative brings an unprecedented level of detail in describing how Los Zetas became Mexico's most diabolical criminal organization.

Criminals control networks of police, politician, and businessmen spanning the American continent. The Mexican government is losing its war on drugs, despite the military, technical, and intelligence resources provided by its northern neighbor. Subcontracted street gangs operate in hundreds of US cities, purchasing weapons, delivering product, executing targeted foes, and bribing the US Border Patrol.

Despite suffering severe losses that would cripple any major corporation, Los Zetas continues to operate internationally in criminal markets. Many of the poor and destitute across the region cooperate with Los Zetas, sometimes for money, often because of coercion.