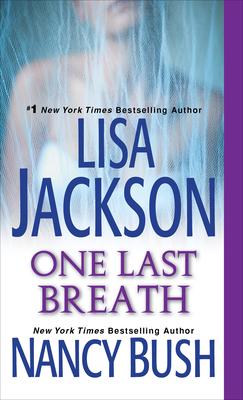 The New York Times bestselling “Sisters of Suspense” thrill readers with this page-turning new novel of suspense where the wedding of one woman’s dreams turns into a waking nightmare—and five years later, a killer bent on exacting vengeance is closer than she realizes…

EVERY FAMILY HAS ITS SECRETS
Rory Abernathy’s wedding to Liam Bastian turned into a bloodbath. She fled after stabbing a masked intruder, just before a gunman opened fire on the wedding party. Five years on, Rory still has no idea who was behind the attacks. Fearful she and her daughter remain targets, she’s made a new life far from Liam and the wealthy, powerful Bastians.

BUT SOME
But even in remote Point Roberts, Washington, she can’t hide from the past. Liam tracks Rory down, stunned to learn they have a child. Did someone in Rory’s family try to kill him for his portion of the Bastian estate? As they gradually overcome distrust in search of the truth, Rory knows one thing for certain: someone is watching her…

ARE WORTH KILLING FOR
Time has passed, but the killer’s need for vengeance hasn’t. And as a nightmare stirs to life again, Rory will find that this time, there’s nowhere left to run…

“Superb . . . a masterpiece of romantic suspense.”
—Publishers Weekly (starred review) on Something Wicked

“Definitely one you don’t want to read alone at night.”
—Library Journal on Wicked Lies

LISA JACKSON is the #1 New York Times bestselling author of more than seventy-five novels, including You Will Pay, After She’s Gone, Close to Home, Tell Me, Deserves to Die, You Don’t Want to Know, Running Scared, and Shiver. She has over thirty million copies of her books in print in nineteen languages. She lives with her family and three rambunctious dogs in the Pacific Northwest. Readers can visit her website at www.lisajackson.com and find her on Facebook.

NANCY BUSH is the New York Times and USA Today bestselling author of Dangerous Behavior, The Killing Game, You Don’t Know Me, Nowhere Safe, Nowhere to Hide, Nowhere to Run, Hush, Blind Spot, Unseen, Wicked Ways, Something Wicked, Wicked Game, and Wicked Lies, in the Colony series co-written with her sister, bestselling author Lisa Jackson. She is also the co-author of Ominous and Sinister, written with Lisa Jackson and New York Times bestselling author Rosalind Noonan. Nancy lives with her family in the Pacific Northwest. Readers can visit her website at www.nancybush.net.