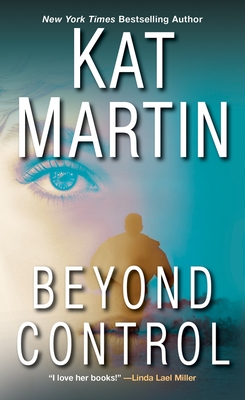 This is book number 3 in the The Texas Trilogy series.

“I love her books!”—Linda Lael Miller

When Victoria Bradford got engaged, she told herself to give love a chance. Six months later, she's on the run from her angry, abusive ex-fiancé with her four-year-old daughter and nowhere to go.

Seventy miles north of Dallas, the Iron River Ranch is pretty much nowhere. That’s what its new owner, Josh Cain, wanted when he came back from Afghanistan. Big skies, quiet nights, no trouble.

One look tells Josh the pretty redhead with the adorable little girl will give him trouble of the most personal kind. But he’s seen trouble before, and he doesn't scare easy. Not when “accidents” start happening around the ranch. Not when Tory’s best friend back in Phoenix is abducted and brutalized. Not even when it looks like their current problems are only the tip of the iceberg.

But if he gets too close to fierce, determined Tory, Josh knows his nights are going to be anything but quiet. And that’s one possibility no amount of training can prepare him for . . .

Kat Martin is the New York Times bestselling author of sixty-five books across multiple genres.  Sixteen million copies are in print and she has been published in twenty-one foreign countries, including Japan, France, Argentina, Greece, China, and Spain. Her books have been nominated for the prestigious RITA award and won both the Lifetime Achievement and Reviewer’s Choice Awards from RT Book Reviews.

A resident of Missoula, Montana, Kat is a graduate of the University of California at Santa Barbara, where she majored in Anthropology and also studied History. She and her author husband, L.J. Martin, spend their winters in Ventura, California. She is currently writing her next Romantic Suspense. Visit Kat at www.katmartin.com. Or join her Facebook page.  (www.facebook.com/pages/Kat-Martin).