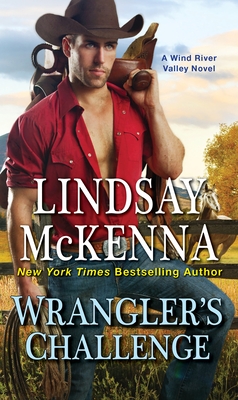 This is book number 4 in the Wind River series.

The new novel from the bestselling author of Wind River Cowboy

For Noah Mabry, it’s easier sometimes to relate to the dogs and horses he trains than to other people. Ever since his marriage became a casualty of the war in Afghanistan—torn apart by the PTSD he brought back with him—he prefers to be on his own. At the Bar C Ranch, where he works with a crew of fellow military vets, his gentle patience helps tame even the rowdiest mustang—but he’s about to meet a woman who needs a healing touch he’s not sure he can give.

Dair Wilson, a half-Comanche ex-Marine who lost a foot to an IED, has been hired on to assist Noah, but her deepest wounds aren’t visible. Growing up in an abusive home, she learned not to trust men, even ones who seem nothing but kind. After a wild horse sends her sprawling, the attentive care she receives from the Bar C family—and especially from Noah—is enough to convince her she’s found a place she can finally breathe easy. But one angry, damaged man poses a threat not only to Dair and Noah, but to everyone who’s built a new home at the Bar C . . .

New York Times and USA Today bestselling author Lindsay McKenna is the pseudonym of award-winning author Eileen Nauman. With more than 195 titles to her credit and approximately 23 million books sold in 33 countries worldwide, Lindsay is one of the most distinguished authors in the women's fiction genre. She is the recipient of many awards, including six RT Book Reviews awards (including best military romance author) and an RT Book Reviews Career Achievement Award. In 1999, foreseeing the emergence of ebooks, she became the first bestselling women's fiction author to exclusively release a new title digitally. In recognition of her status as one of the originators of the military adventure/romance genre, Lindsay is affectionately known as “The Top Gun of Women's Military Fiction.” Lindsay comes by her military knowledge and interest honestly—by continuing a family tradition of serving in the U.S. Navy. Her father, who served on a destroyer in the Pacific theater during World War II, instilled a strong sense of patriotism and duty in his daughter. Visit Lindsay at www.lindsaymckenna.com.