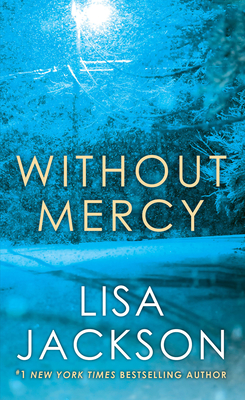 At first, it sounds like the answer to a parent’s prayers: an elite boarding school in the Oregon mountains where wayward kids turn their lives around. But behind the idyllic veneer lie disturbing rumors of missing students and questionable treatments.

Jules Farentino knows her half-sister, Shaylee, has been going off the rails lately. She’s just not sure Blue Rock Academy is the answer. Accepting a teaching position there lets Jules keep an eye on Shay, but also confirms her fears. One student is found hanged, another near death. Something sinister is at hand—and Jules may already be too late to stop it.

“THE BOOK’S ENDING WILL THROW MOST READERS FOR A LOOP.”
—The Free Lance-Star

As a brutal snowstorm sweeps in, cutting off the remote campus from the rest of the world, Jules will discover the Academy’s dark secrets, and confront a murderous evil without limits, without remorse, without mercy . . .

LISA JACKSON is the #1 New York Times bestselling author of more than seventy-five novels, including Liar, Liar; One Last Breath; You Will Pay; After She’s Gone; Close to Home; Tell Me; Deserves to Die; You Don’t Want to Know; Running Scared; and Shiver. She has over thirty million copies of her books in print in nineteen languages. She lives with her family and three rambunctious dogs in the Pacific Northwest. Readers can visit her website at www.lisajackson.com and find her on Facebook.