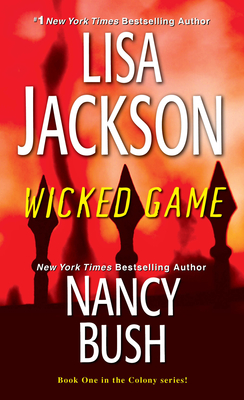 This is book number 1 in the The Colony series.

From the bestselling Sisters of Suspense, the first installment in their New York Times and USA Today bestselling series featuring a cult-like group of women with psychic abilities--repackaged and republished for the first time since its original release twelve years ago!

In the Oregon coastal hamlet of Deception Bay stands a mysterious lodge. Some call it the Colony; others whisper that it's a cult. To the women who live there, it's a refuge. But a killer knows their secrets--and will make sure they never feel safe again...

ONE BY ONE, THEY'LL DIE...
Twenty years ago, wild child Jessie Brentwood vanished from St. Elizabeth's high school. Most in Jessie's tight circle of friends believed she simply ran away. Few suspected that Jessie was hiding a shocking secret--one that brought her into the crosshairs of a vicious killer...

UNTIL THERE'S NO ONE LEFT...
Two decades pass before a body is unearthed on school grounds and Jessie's old friends reunite to talk. Most are sure the body is Jessie' and that the mystery of what happened to her has finally been solved. But soon, Jessie's friends each begin to die in horrible, freak accidents that defy explanation...

BUT HER...
Becca Sutcliff has been haunted for years by unsettling visions of Jessie, certain her friend met with a grisly end. Now the latest deaths have her rattled. Becca can sense that an evil force is shadowing her too, waiting for just the right moment to strike. She feels like she's going crazy. Is it all a coincidence--or has Jessie's killer finally returned to finish what was started all those years ago?

Lisa Jackson is the #1 New York Times bestselling author of over ninety-five novels, including You Will Pay, After She's Gone, Deserves to Die, You Don't Want to Know, Running Scared, and Shiver. She is also the co-author of the Colony Series, written with her sister and bestselling author Nancy Bush, as well as the collaborative novels Sinister and Ominous, written with Nancy Bush and Rosalind Noonan. There are over thirty million copies of her novels in print and her writing has been translated into nineteen languages. She lives with her family and three rambunctious dogs in the Pacific Northwest. Readers can visit her website at www.lisajackson.com and find her on Facebook.

Nancy Bush is the New York Times and USA Today bestselling author of over 30 novels, including The Killing Game, Nowhere to Run, I'll Find You and Hush. She is the co-author of the Colony series, written with her sister, bestselling author Lisa Jackson, as well as the collaborative novels Sinister and Ominous, written with Lisa Jackson and Rosalind Noonan. A former writer for ABC's daytime drama All My Children, Nancy now lives with her family and pug dog, The Binkster, in the Pacific Northwest. Please visit her online at nancybush.net.