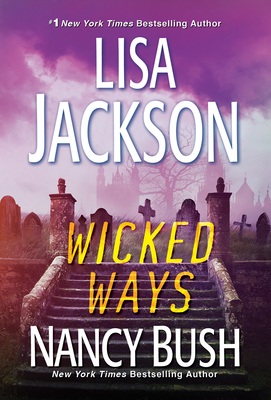 This is book number 4 in the The Colony series.

From the bestselling Sisters of Suspense, the fourth installment in their New York Times and USA Today bestselling series featuring a cult-like group of women with psychic abilities - reissued for the first time since its original release a decade ago!

THE GREATEST TERRORS
Elizabeth Gaines Ellis is an ordinary suburban wife and mother. That’s what she tells herself as she flits between her realtor job, yoga class, and caring for her daughter, Chloe. But for months now, Elizabeth has worried that she’s far from normal…that she’s somehow the cause of a series of brutal, horrible deaths.

ARE THE ONES
Her mean-spirited boss. A bullying traffic cop. Her cheating husband. Elizabeth had reason to be angry with them all. She didn’t mean for them to die. No one will take her fears seriously—except the private investigator prying into her past…

TOO CLOSE TO SEE
The more scared and angry Elizabeth becomes, the higher the death toll grows. But those who wrong her aren’t the only ones in danger. Because others have secrets too, and a relentless urge to kill without mercy or remorse…

Lisa Jackson is the #1 New York Times bestselling author of over ninety-five novels, including Liar, Liar, You Will Pay, After She's Gone, Deserves to Die, Running Scared, and Shiver. She is also the co-author of One Last Breath, Last Girl Standing and the Colony Series, written with her sister and bestselling author Nancy Bush, as well as the collaborative novels Sinister and Ominous, written with Nancy Bush and Rosalind Noonan. There are over thirty million copies of her novels in print and her writing has been translated into twenty languages. She lives with her family and beloved dogs in the Pacific Northwest. Readers can visit her online at LisaJackson.com and find her on Facebook.

Nancy Bush is the New York Times and USA Today bestselling author of over two dozen romantic suspense novels, including Bad Things, Jealousy, and The Rafferty Family series, starting with Nowhere to Run. Along with her sister, bestselling author Lisa Jackson, she co-wrote Last Girl Standing, One Last Breath, and the Colony series, and she is the co-author of Sinister and Ominous, written with Lisa Jackson and New York Times bestselling author Rosalind Noonan. She originally started writing as a young mother, beginning with historical and contemporary romances, and later went on to develop her craft as a staff writer for ABC's daytime drama, All My Children. She now writes romantic suspense full-time and lives with her family in the Pacific Northwest. Readers can visit her online at NancyBush.net.