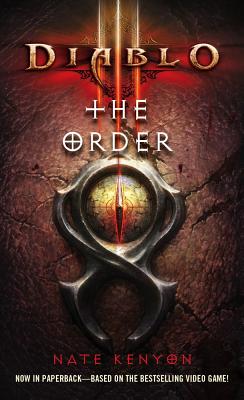 The direct tie-in to Diablo III, the fastest-selling gaming series of all time—starring the sole survivor of an ancient order who holds the fate of the mortal world in his hands.

Deckard Cain is the last of the Horadrim, the sole surviving member of a mysterious and legendary order. Assembled by the archangel Tyrael, the Horadrim were charged with the sacred duty of seeking out and vanquishing the three Prime Evils: Diablo (the Lord of Terror), Mephisto (the Lord of Hatred), and Baal (the Lord of Destruction). But that was many years ago. As the decades passed, the Horadrim’s strength diminished, and they fell into obscurity. Now all of their collected history, tactics, and wisdom lie within the aged hands of one man. A man who is growing concerned. Dark whisperings have begun to fill the air, tales of ancient evil stirring, rumblings of a demonic invasion set to tear the land apart.

Amid the mounting dread, Deckard Cain uncovers startling new information that could bring about the salvation—or ruin—of the mortal world: other remnants of the Horadrim still exist. He must unravel where they have been and why they are hiding from one of their own.

As Cain searches for the lost members of his order, he is thrust into an alliance with an unlikely ally: Leah, an eight-year-old girl feared by many to carry a diabolical curse. What is her secret? How is it tied to the prophesied End of Days? And if there are other living Horadrim, will they be able to stand against oblivion? These are the questions Deckard Cain must answer . . .

Nate Kenyon’s first novel, Bloodstone, was a Bram Stoker Award finalist and won the P&E Horror Novel of the Year award. His second, The Reach, also a Stoker Award finalist, received a starred review from Publishers Weekly and was recently optioned for film. The Bone Factory was called “masterful” by Booklist. His fourth, Sparrow Rock, was released in 2010 He is also the author of Diablo III: The Order and StarCraft: Ghost: Spectres (2011). He is a member of the Horror Writers Association and International Thriller Writers.