The Illustrated Magic of Reality: How We Know What's Really True (Paperback) 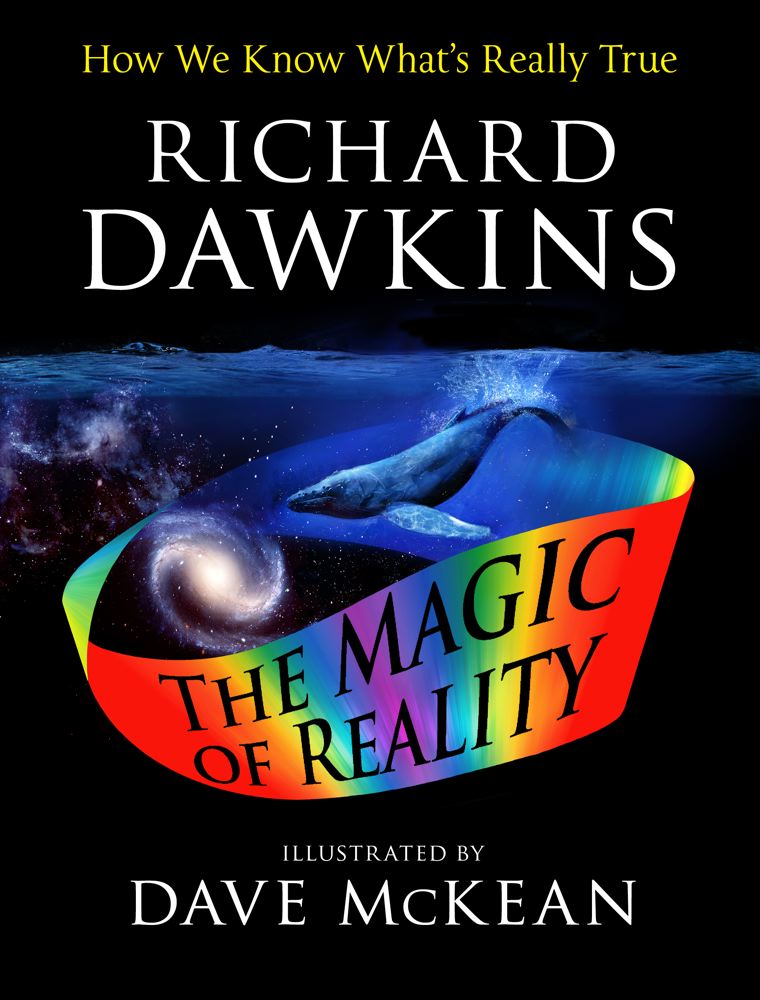 Magic takes many forms. Supernatural magic is what our ancestors invoked in order to explain the world before they developed the scientific method. The ancient Egyptians explained the night by suggesting that a goddess swallowed the sun. The Vikings believed a rainbow was the gods’ bridge to earth. Aside from these extraordinary tales, there is another kind of magic that lies in the exhilaration of discovering the real answers to these questions. It is the magic of reality—science.

Packed with dazzling illustrations and jaw-dropping facts, The Magic of Reality explains a wide range of natural phenomena. Having spent his career elucidating the wonders of science for adult readers, Richard Dawkins has now teamed up with acclaimed artist Dave McKean to share the magic of science with readers of all ages: What is stuff made of? How old is the universe? Why are there so many kinds of plants and animals? Who was the first man, or woman? This is a stunning, illustrated guide to the secrets of our world—and the universe beyond.

Richard Dawkins is a Fellow of the Royal Society and was the inaugural holder of the Charles Simonyi Chair of Public Understanding of Science at Oxford University. He is the acclaimed author of many books including The Selfish Gene, Climbing Mount Improbable, Unweaving the Rainbow, The Ancestor’s Tale, The God Delusion, and The Greatest Show on Earth. Visit him at RichardDawkins.net.

Dave McKean has illustrated and designed many award-winning comics and books as well as CD covers, a Broadway musical, and creatures for the Harry Potter films.

"I wanted to write this book but I wasn't clever enough. Now I've read it, I am"

“Exhilarating. The clearest and most beautifully written introduction to science I've ever read. Again and again I found myself saying "Oh! So that's how genes work!" (or stars, or tectonic plates, or all the other things he explains). Explanations I thought I knew were clarified; things I never understood were made clear for the first time. My favourite adjective of praise has always been "clear", and this book has clarity all the way through.”


—Philip Pullman, author of The Good Man Jesus and the Scoundrel Christ and the His Dark Materials trilogy

“I am often asked to recommend good books on science for young people. From now on, I will not have to hesitate. The Magic of Reality provides a beautiful, accessible and wide ranging volume that addresses the questions that all of us have about the universe, separating often too-little known facts from too-frequently believed fictions. For this reason it should be a powerful resource for people of all ages, written with the masterful and eloquently literate style of perhaps the best popular expositor of science, Richard Dawkins, and delightfully illustrated by Dave McKean. What more could anyone ask for?”

—Lawrence Krauss is Foundation Professor and Director of the Origins Project at Arizona State University and the author most recently of Quantum Man, and A Universe from Nothing