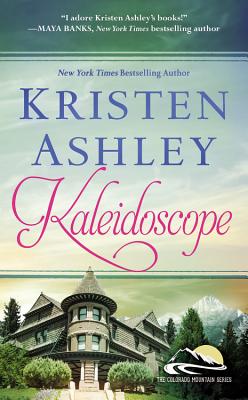 This is book number 6 in the Colorado Mountain series.

Sexy, gifted, and loyal, PI Jacob Decker is a tall, cool drink of perfection who had Emmanuelle Holmes at "hello." His relationship with Emme's best friend kept them apart for years, but things have changed. Now that a case has brought him to Gnaw Bone, Colorado, the road is wide open for Emme and Deck to explore something hotter and deeper than Emme dreamed possible. So why is she sabotaging the best thing that's ever happened to her?

It isn't easy to catch Deck off guard, but Emme does just that when she walks back into his life after nine long years. The curvy brunette had her charms back in the day, but now she's a bona fide knockout . . . and she wants to rekindle their friendship. Deck, however, wants more. Emme's always been the one; she excites Deck's body and mind like no other woman can. But a dark chapter from Emme's past overshadows their future together. Now only Deck can help her turn the page-if she'll let him . . .

"Ashley delivers a deeply emotional second installment of the Chaos contemporary romance series (after Own the Wind)... Punctuated by blistering-hot sex scenes and fascinating glimpses into the tough world of motorcycle clubs, this romance also delivers true heart and emotion, and a story that will stay with the reader long after the final page is turned."—Publishers Weekly, Starred Review, on Fire Inside

"I felt all of the rushes, the adrenaline surges, the anger spikes... my heart pumping in fury. My eyes tearing up when her my heart (I mean... her heart) would break." (On Motorcycle Man)—Maryse's Book blog on Motorcycle Man