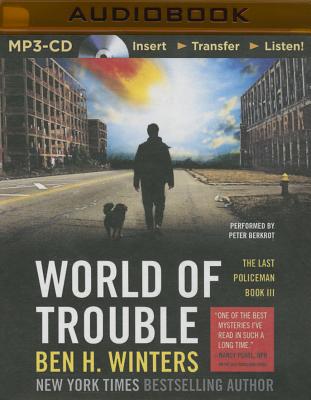 This is book number 3 in the Last Policeman series.

With the doomsday asteroid looming, Detective Hank Palace has found sanctuary in the woods of New England, secure in a well-stocked safe house with other onetime members of the Concord police force. But with time ticking away before the asteroid makes landfall, Hank's safety is only relative, and his only relative--his sister Nico--isn't safe. Soon, it's clear that there's more than one earth-shattering revelation on the horizon, and it's up to Hank to solve the puzzle before time runs out...for everyone.