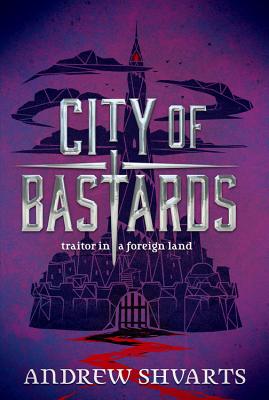 By Andrew Shvarts
$11.19
Not Available

This is book number 2 in the Royal Bastards series.

In this action-packed sequel to Royal Bastards, Tilla uncovers a sinister conspiracy to take down the kingdom from within.

Tilla, bastard of House Kent, has it made. Safe from her murderous father in the dazzling capital of Lightspire, she lives a life of luxury under the protection of the Volaris King, alongside her boyfriend, Zell, and best friend, Princess Lyriana. So why isn't she happy? Maybe it's the whispers and stares that follow her wherever she goes, as the daughter of the traitor waging war against Lightspire. Or maybe it's the memories of her beloved brother, Jax, who lies cold in his grave even as she tries to settle into a life in the city's prestigious University. Then Tilla stumbles upon the body of a classmate -- a friend. The authorities are quick to rule it a suicide and sweep it under the rug, but when Tilla herself is attacked by a mysterious man with terrifying powers, she's convinced of a conspiracy. Her friends beg her to stay silent; what she's suggesting is impossible...and treasonous.

The deeper she digs, the more questions she uncovers. Nothing is as it seems in the glorious capital, and Tilla's presence might just be the spark that sets the Kingdom aflame.

Andrew Shvarts is the author of the Royal Bastards trilogy. He has a BA in English Literature and Russian from Vassar College. He works for Pixelberry Studios, making mobile games like High School Story, Choices, and more. Andrew lives in San Jose, California, with his wife, son, and two cats.

BNTeen's 17 of Our Most Highly Anticipated Sequels of 2018

"A deceptive plot combined with a magnetic cast of characters in a series that continues to redefine the genre. You won't be able to put this one down."
—Scott Reintgen, author of Nyxia