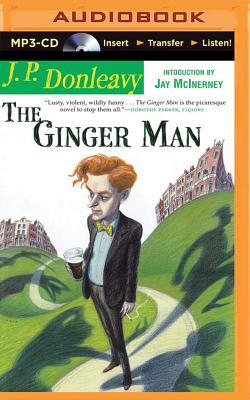 First published in Paris in 1955, and originally banned in the United States, J. P. Donleavy's first novel is now recognized the world over as a masterpiece and a modern classic of the highest order. Set in Ireland just after World War II, The Ginger Man is J. P. Donleavy's wildly funny, picaresque classic novel of the misadventures of Sebastian Dangerfield, a young American ne'er-do-well studying at Trinity College in Dublin. He barely has time for his studies and avoids bill collectors, makes love to almost anything in a skirt, and tries to survive without having to descend into the bottomless pit of steady work. Dangerfield's appetite for women, liquor, and general roguishness is insatiable--and he satisfies it with endless charm.