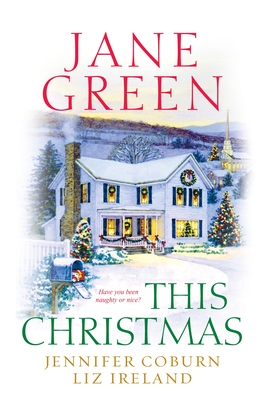 This Christmas, take some time out to indulge in these sweet, sexy stories from three of your favorite authors…

“Vacation,” Jane Green
If Sarah knew moving to the suburbs would mean losing everything about her relationship that was young, romantic, and fun, she would have planted her feet firmly in the city cement. And when her husband’s job sends him to Chicago indefinitely, Sarah wonders if she’d be better off alone. But as Christmas approaches, will Sarah recognize the gift she’s been taking for granted?

“The Second Wife of Reilly,” Jennifer Coburn
Falling in love with Reilly was easy for Sarah, but marriage is proving to be a little more worrisome—especially with Prudence, Reilly’s ex, still single. Since it’s the season of giving, Sarah decides to find Prudence a man. But shopping for another woman’s prospective husband isn’t quite as easy as whipping out a credit card at Bloomie’s . . .

“Mistletoe and Holly,” Liz Ireland
For once, Holly is determined to fit into her family’s picturesque Norman Rockwell Christmas. Even with her wry best friend Isaac along for the ride, she’s got perfect boyfriend Jason to introduce. Unfortunately, the holiday spirit is on the fritz and no one is interested in perfection, including Holly. Because she’s beginning to realize that Isaac looks pretty darn good under the mistletoe . . .

Jane Green worked for many years as a journalist, with occasional forays into public relations for film, television, and the odd celebrity. The author of over ten novels, including Falling, Summer Secrets, Saving Grace, and Tempting Fate, she lives outside New York City with her husband and four children, and is still thrilled at the annual prospect of a real white Christmas.

Jennifer Coburn spends the winter holidays at home with her with her family in San Diego, where the only way she notices the seasons changing is by checking the calendar. Holidays in Southern California are a bit different than New York City, where Coburn was born and raised. Mall Santas are tan and Mrs. Claus is rumored to be a Botox devotee. Jennifer burns her menorah candles from both ends working as a public relations consultant and writer.

Liz Ireland grew up in Texas, where all her Christmases except one were green. Her favorite gift ever was the yellow Schwinn bike (with a banana seat and white wicker basket) she got when she was nine. She now celebrates the holidays in Oregon with her husband and a menagerie of pets.