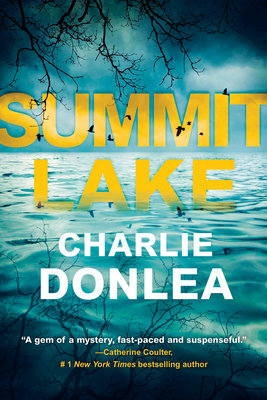 Set in a small, picturesque North Carolina town, #1 international bestselling author Charlie Donlea’s debut suspense novel tells the haunting story of a murdered law school student, the reporter assigned to her story—and the intimate connection that comes when the living walk in the footsteps of the dead…

No suspects. No persons of interest. Just a girl who was alive one day and dead the next.

Some places seem too beautiful to be touched by horror. Summit Lake, nestled in North Carolina’s Blue Ridge Mountains, is that kind of place. But two weeks ago, Becca Eckersley, a first-year law student and daughter of a powerful attorney, was brutally murdered there. Now the town is reeling with grief, and the police are baffled.

At first, investigative reporter Kelsey Castle thinks of the assignment as a fluff piece. But the savagery of the crime, and the efforts to keep it quiet, hint at something far more sinister than a random attack by a stranger. As Kelsey digs deeper, despite danger and warnings, she feels a growing connection to the dead girl. And the more she learns about Becca’s friendships, her love life—and her secrets—the more convinced she becomes that walking in Becca’s footsteps could lead her out of her own dark past…

Charlie Donlea is the critically acclaimed, USA Today, Indiebound and #1 internationally bestselling author of Summit Lake, The Girl Who Was Taken, Don't Believe It, Some Choose Darkness, The Suicide House, and Twenty Years Later. Published in nearly 30 countries and translated into more than a dozen languages, Donlea has been praised for his "soaring pace, teasing plot twists" (BookPage) and talent for writing an ending that "makes your jaw drop" (The New York Times Book Review). He was born and raised in Chicago, where he continues to live with his wife and two children. Visit him online at CharlieDonlea.com.