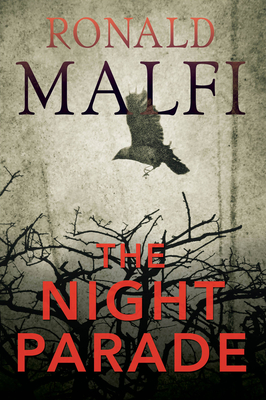 In the tradition of Stephen King's The Stand, acclaimed horror writer Ronald Malfi takes readers on a nightmarish journey through a post-pandemic landscape, as a devoted father seeks a safe haven for his young daughter, who may hold the key to humanity's survival...

First the birds disappeared. Then the insects took over. And the madness began…

They call it Wanderer’s Folly—a disease of delusions, of daydreams and nightmares. A plague threatening to wipe out the human race.

After two years of creeping decay, David Arlen woke up one morning thinking that the worst was over. By midnight, he’s bleeding and terrified, his wife is dead, and he’s on the run in a stolen car with his eight-year-old daughter, who may be the key to a cure.

Ronald Malfi is an award-winning horror, mystery, and thriller author. A Braham Stoker Award nominee and two-time IPPY Award winner, he’s the recipient of the Beverly Hills Book Award, the Vincent Preis Horror Award, and the Benjamin Franklin Award for Popular Fiction. Born in Brooklyn in 1977 to a Secret Service agent and a stay-at-home mom, he now lives with his wife and daughters in the Chesapeake Bay area, where he currently resides with his wife and two daughters. When he’s not working on his next book, he’s fronting the rock band Veer. Visit him at RonMalfi.com.