Awakening in the Dream: Contact with the Divine (Hardcover) 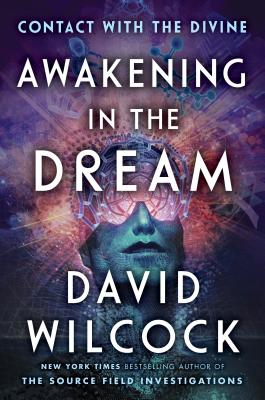 By David Wilcock
$29.95
Not Available

What happens when a UFO researcher suddenly comes into telepathic contact with the very beings he has been so avidly studying, after years of increasingly provocative dreams? What happens when these telepathic "readings" begin predicting the future with astonishing precision—and speaking about an incredible upcoming event in which all life in our solar system will undergo a spontaneous transfiguration?

David Wilcock is a master at weaving together cutting-edge alternative science, shocking insider information, and his own personal experiences to reveal stunning truths about humanity, positive and negative extraterrestrials, lost civilizations, and the universe we share. In Awakening in the Dream, David once again combines his extensive research, the Law of One series, new insider revelations, and his own connection with the divine to bring humanity closer to full disclosure than ever before—as well as to help us activate our full potential on the eve of Ascension.

A New York Times bestselling author, TV personality, filmmaker, lecturer, and consciousness expert, David is the perfect person to guide us through the hidden realities of our world. With its myriad information, anecdotes, "big picture" comparative analysis with over six hundred references, and trustworthy messages channeled directly from the highest-level angelic sources, including a remarkable set of future prophecies built into the Great Pyramid itself, Awakening in the Dream promises to be his most astounding book yet.

David Wilcock is the New York Times bestselling author of Awakening in the Dream, The Source Field Investigations, The Synchronicity Key, and The Ascension Mysteries. He is a consulting producer for and appears regularly on the History Channel’s hit show Ancient Aliens, and has been in over six hundred television episodes in total. His articles and YouTube videos have attracted millions of views. David is also a professional lecturer, filmmaker, and researcher of ancient civilizations, consciousness science, and new paradigms of matter and energy. He lives in Colorado with his wife, Elizabeth.

Praise for David Wilcock and his books

“Alien enthusiasts who love corroborating proofs will find the large amount of new detail satisfying, and those who find Wilcock personally compelling will love the juicy details of his youth.”—Publishers Weekly on The Ascension Mysteries

“Wilcock also makes an intriguing case for the energetic influences of the celestial bodies on the recurring...currents of history, and the mechanisms through which they may be directing them. At the very least, this book provides much food for thought. At its best, it is fuel for wonder and awe.”—New Consciousness Review

“David Wilcock is a leading thinker who makes a magnificent case...that a Golden Age is indeed within our grasp and can be brought into manifestation if only we choose to make it so.”—Graham Hancock, author of Fingerprints of the Gods

“We are not alone in this universe. And we have David Wilcock to prove it—and to guide us to this golden prophecy.”—James V. Hart

“A narrative as fast-paced and scintillating as a sci-fi novel.”—Kirkus Reviews

“David Wilcock is a dedicated and passionate investigator determined to understand this chapter in our collective history.”—New Dawn Magazine