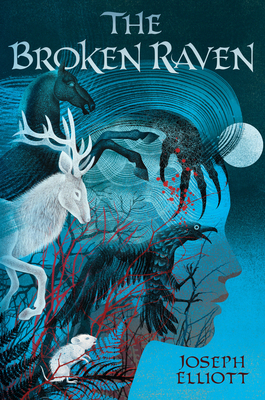 This is book number 2 in the Shadow Skye Trilogy series.

In the heart-pounding second book in the Shadow Skye trilogy, unlikely heroes Agatha and Jaime must fight for their clan’s home when a new danger comes to the Isle of Skye.

After their escape from Norveg, Agatha and Jaime return with their clan to the Isle of Skye to find that their enclave is now in the hands of the treacherous people of Raasay. They find tenuous shelter with another clan, but disaster soon strikes when the terrifying shadow creatures known as sgàilean escape their magical prison and wreak havoc across the island. Now Agatha and Jaime must call on old and new allies to fight this threat. In the meantime, a ship from Norveg sails for the court of King Edmund of Ingland, where a dangerous alliance is forming, and Sigrid, a girl with an extraordinary memory, works to free herself from the clutches of a cruel king. All three protagonists must summon their particular powers to save the island from the horde of dark creatures and foil the plans of two vengeful monarchs.

Kirkus Reviews called The Good Hawk “a page-turning adventure” and Agatha an “original protagonist.” This second book in the Shadow Skye trilogy continues to expand the definition of hero as its neurodiverse heroine tackles ever greater challenges in a thrilling middle act to the battle over the fate of Scotia.

Joseph Elliott is a British writer and actor known for his work in children’s television. His commitment to serving children with special needs was instilled at a young age: his mother is a teacher trained in special needs education, and his parents provided respite foster care for children with additional needs. He has worked at a recreational center for children with learning disabilities and as a teaching assistant at Westminster Special Schools. The heroine of this trilogy was inspired by the many incredible children he has worked with, especially those with Down syndrome. Joseph Elliott lives in London.

The sequel to The Good Hawk (2020) sends characters both familiar and new into the wider world surrounding its fantasy version of medieval Skye...Major and minor characters alike are fully rounded; Jaime in particular struggles with his newfound fascination for dark magic and a same-sex attraction that is not accepted in his culture. The worldbuilding is rich, integrating various magical systems into the landscapes and cultures of diverse countries and clans. The narrative gallops along, with hefty doses of humor, tenderness, and violence, until the storylines meet on a final page that will leave readers desperate for more. A superlative middle volume, adding depth and scope without sacrificing clarity or theme.
—Kirkus Reviews (starred review)

Picking up where The Good Hawk left off, Agatha, Jaime, and Clann-a-Tuath find themselves cohabiting unhappily in a different Skye Island clan’s enclave, their hosts becoming less gracious by the day...This trilogy would go over well with fans of Maggie Stiefvater’s The Scorpio Races. The first book is required to be able to follow the plot of the second. Didn’t buy the first book? Now’s the time to grab both.
—School Library Journal Online