Read Me: A Novel (Hardcover) 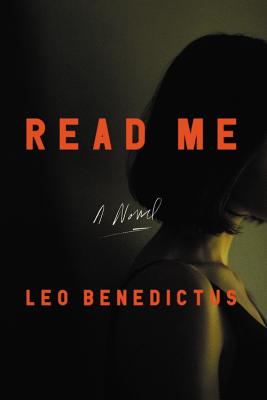 By Leo Benedictus
$29.12
Not Available

Hitchcock's Rear Window meets Messud's The Woman Upstairs in this unnerving, superbly crafted novel which takes readers deep into the mind of a serial stalker and, through him, the lives of his unsuspecting victims.

Try it yourself. Go out, pick somebody and watch them. Take your phone and a notebook. Persist. What begins as a confluence of yours and another person's journeys, on the train maybe or leaving a cinema, gets into an entanglement. You follow, feeling that it's not really following because you're going the same way, then when they at last reach their office you feel the clutch of a goodbye. It's normal. But how many times do you think the person being followed has been you?

Read Me is a seductive, haunting novel that holds a sinister mirror up to the ways in which we observe, judge, and influence people. Benedictus' prose commands and draws readers into the dark, manipulative mind of a serial stalker as he targets women across London, escalating his efforts until he settles on Frances -- a bright young professional whose career is set to take off -- whose life he proceeds to unravel from the inside, out.

A chilling rumination on power, manipulation, complicity, and anonymity, Read Me exposes just how vulnerable we are to the whims of others -- people we may not even know.

Leo Benedictus was born in London and graduated from Oxford University. He worked as an advertising copywriter and as a freelance sub-editor for the Guardian. His work on immigration issues has earned him widespread recognition: his article "London: The World in One City" won the Amnesty International UK Media Award (2005) and the Race in the Media Award (2006). His work has appeared in Prospect, the Observer, the New Statesman, the London Review of Books and the Literary Review.

Leo's debut novel, The Afterparty, was longlisted for the 2011 Desmond Elliott Prize. Leo is currently a freelance feature writer for the Guardian and lives with wife Sarah and his two sons in Brighton. Leo is writer-in-residence at Holland Park School, London.

"A fascinating, disturbing, and original thriller that erases the boundaries of the genre and draws challenging new ones."—Sophie Hannah, New York Times bestselling author of The Monogram Murders

"Such a great read, and the product of a highly entertaining and disturbingly dark mind. If I was a friend of Leo Benedictus, I'd be reconsidering my options."—Stephen Mangan

"Beautiful writing and a modest, pensive protagonist contrast grisly violence as we follow a stalker through a maze of streets and shops. Intrigued by those more colorful than he, drawn to the vibrant and vivacious, the narrator is trapped in his irrelevance and we inside his head as he records the movements and the moments of his more ostentatious prey. A brilliant and goosebumpy read!"—Susan Crawford, bestselling author of The Other Widow and The Pocket Wife

"READ MEoffers a salacious, disturbing, and increasingly focused look into the mind of a stalker."—Booklist

"Ingeniously nasty...reminiscent of Vladimir Nabokov and Patricia Highsmith...Expect to be provoked by a teasing metafictional game."—The Sunday Times

"A word of warning: do not pick up this novella late at night. Not if you'd like to sleep any time soon...Darkly addictive."—Hephzibah Anderson, The Mail on Sunday

"The contrast between the narrator's tone and the unsettling nature of his actions creates a host of tension...[READ ME] suggests a reimagining of John Fowles' The Collector for an age of social media, constant surveillance, and toxic masculinity."—Kirkus

"A fiendishly clever book, though not for the soft-hearted...You'll find yourself turning pages in the most disturbing kind of grip."—Sydney Morning Herald

"Claustrophobic intensity...makes it a memorable and rewarding, if far from comfortable, experience."—The Sunday Express

"By turns whimsical and bone-chillingly explicit, [READ ME] is a gripping reimagining of one of the crime genre's most tired tropes."—The Irish Times

"[READ ME] is thought-provoking as well as shocking...A compulsive dark comedy that entertains and unnerves in equal measure. Four stars!"—Anthony Cummins, Metro

"This is a novel that plays with the conventions of the form...great subtlety and wit...unusual and enormously compelling."—The Observer