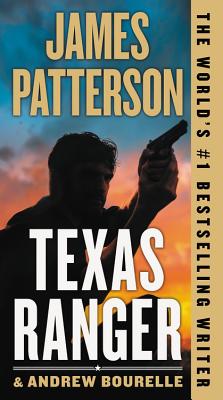 This is book number 1 in the A Texas Ranger Thriller series.

In James Patterson's #1 New York Times bestselling thriller, a Texas Ranger fights for his life, his freedom, and the town he loves as he investigates his ex-wife's murder.
Across the ranchlands and cities of his home state, Rory Yates's discipline and law enforcement skills have carried him far: from local highway patrolman to the honorable rank of Texas Ranger. He arrives in his hometown to find a horrifying crime scene and a scathing accusation: he is named a suspect in the murder of his ex-wife, Anne, a devoted teacher whose only controversial act was ending her marriage to a Ranger.

In search of the killer, Yates plunges into the inferno of the most twisted and violent minds he's ever encountered, vowing to never surrender. That code just might bring him out alive.

James Patterson holds the Guinness World Record for the most #1 New York Times bestsellers, and his books have sold more than 350 million copies worldwide. He has donated more than one million books to students and soldiers and funds over four hundred Teacher Education Scholarships at twenty-four colleges and universities. He has also donated millions to independent bookstores and school libraries.

"An effective mystery . . . Patterson and Bourelle's rapid-fire chapters squeeze in plenty of dishy small-town drama on top of the murder case [and] the story is picking up speed like a semi barreling down the Interstate." -Houston Chronicle