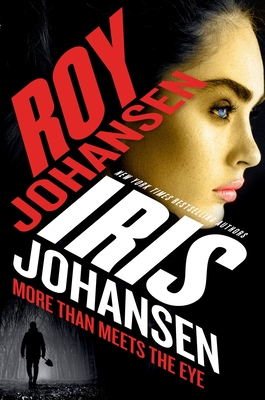 After scoring a plea deal in a high-profile murder trial, serial killer James Michael Barrett leads a grim parade of law enforcement officers to the body of his last victim. At the alleged burial site, the officers swing their shovels down and are met with a strange metallic sound they weren’t expecting. In a blink, a terrific explosion rocks the woods, killing Barrett and most of the officers instantly.
The detonation is only the beginning of a shocking case for FBI consultant Kendra Michaels—a string of heinous murders in the style of the very-dead Barrett mysteriously continue, and it becomes clear that he may not have been working alone. As the crimes accelerate, Kendra reluctantly accepts help from college student Tricia Walton, the only survivor of Barrett’s attacks. But the killer has a terrifying plan that Kendra and her team are only beginning to understand.

Iris Johansen is the #1 New York Times bestselling author of more than 50 consecutive bestsellers.  Her series featuring forensic sculptor Eve Duncan has sold over 20 million copies and counting and was the subject of the celebrated Lifetime movie The Killing Game. Johansen lives in Georgia and Florida.

Roy Johansen is an Edgar Award-winning author and the son of Iris Johansen. His acclaimed mysteries include Killer View, Deadly Visions, Beyond Belief, and The Answer Man.  He has written screenplays for Warner Bros., Universal Pictures, Disney, and MGM.

Iris and Roy have written more than ten novels together, including the New York Times bestselling Kendra Michaels series.

"A thrilling blend of physical and psychological tension that showcases the fierce intelligence, grit, and determination of their female protagonists.”—Booklist on Blink of an Eye

“[A] breakout direction for the prolific Johansen thriller franchise.”—Booklist on Killer View

“Engrossing… Kendra has ample opportunity to display her keen deductive skills as the suspenseful plot builds to an explosive finale. Series fans will be well satisfied.”
—Publishers Weekly on Blink of an Eye