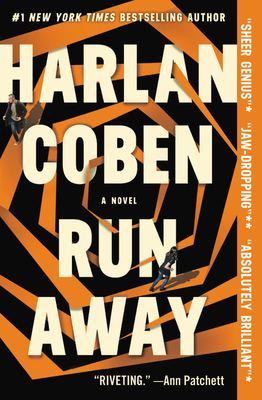 A perfect family is shattered when their daughter goes missing in this "brilliantly executed" New York Times bestselling thriller from a "master storyteller" (Providence Sunday Journal).
You've lost your daughter. She's addicted to drugs and to an abusive boyfriend. And she's made it clear that she doesn't want to be found.
Then, by chance, you see her playing guitar in Central Park. But she's not the girl you remember. This woman is living on the edge, frightened, and clearly in trouble.
You don't stop to think. You approach her, beg her to come home.
She runs. And you do the only thing a parent can do: you follow her into a dark and dangerous world you never knew existed. Before you know it, both your family and your life are on the line. And in order to protect your daughter from the evils of that world, you must face them head on.

Harlan Coben is a #1 New York Times bestselling author and one of the world's leading storytellers. His suspense novels are published in forty-five languages and have been number one bestsellers in more than a dozen countries, with seventy-five million books in print worldwide. His Myron Bolitar series has earned the Edgar, Shamus, and Anthony Awards, and many of his books have been developed into Netflix series, including his adaptation of The Stranger, headlined by Richard Armitage, and The Woods. He lives in New Jersey.

"I read [Harlan Coben's] new book RUN AWAY straight
through without moving. It's RIVETING."—Ann Patchett

"Brilliantly executed...might be the best book Harlan Coben has ever written. For such a master storyteller, that's a high bar indeed but one Coben effortlessly crests...[Run Away] features an effortlessness and fluidity that define everything great storytelling should be. A fantastic read and early contender for the best thriller of 2019."—Providence Sunday Journal

"Harlan Coben is a master at taking what seems to be an ordinary family and exposing the facade and secrets that are buried just below the surface. With Run Away, his writing and storytelling are firing on all cylinders and the seemingly straightforward tale takes a sharp turn when it's least expected. The narrative continues to navigate that twisty mountainous road until the shocking conclusion."—Associated Press

"One major bombshell awaits in the last few paragraphs. It's a secret so major that it will leave readers wondering how they would handle it long after they put the book down."—USA Today

"[A] bombshell-laden thriller...the sheer amount of jaw-dropping plot twists is impressive...the breakneck pacing and audaciously intricate story line will have readers on the edge of their seats."—Publishers Weekly

"The modern master of the hook and twist."—Dan Brown

"Coben never, ever lets you down -- but this one is really special."—Lee Child

"Coben serves up characters and plot turns that
are startlingly inventive. All of this keeps the book springing fast ones on
the reader down to the last word."—Toronto Star

"The world needs to
discover Harlan Coben. He's smart, he's funny and he has something to say."—Michael Connelly

"I'm a huge Harlan Coben fan, and I just finished Run Away--maybe my all-time favorite of his! In addition to the incredible twists and surprises that he is famous for, the book is a powerful and emotional portrait of a father's anguish at losing his daughter, and the limitless lengths that parents will go in order to save their child from danger. Impossible to put down!"—S. A. Lelchuk, Entertainment Weekly

"This page turner reminded me of the Saturday matinee movie serials with each chapter leaving you breathless at the conclusion...RUN AWAY is a pip." —David Rothenburg, WBAI Radio

"Another Coben classic -- you'll tear through it -- and wish it could last."—George Stephanopoulos, Good Morning America

"What you will find in RUN AWAY as things
progress and conclude would be more than enough to keep you reading and
entertained throughout, but you will get even more than you might reasonably
expect."—Bookreporter

"Coben's work is full of the unexpected...easily
moves back and forth between heart-breaking and heart-pounding."—CrimeReads

"Fans of Coben--and there are many--will not be disappointed...RUN AWAY is a gripping, edge-of-your-seat thriller with many twists and turns."—Booktrib.com

"Being a master, Coben knows how to hook readers
from the opening line...readers are lucky to go along for the ride."—New Jersey Star Ledger

"Run Away by Harlan Coben proves once again he is a master storyteller...exciting and riveting. Readers will be unable to put the book down."—Crimespree Magazine

"When it comes to misdirection and catching readers off guard, no one's better than Harlan Coben, who continues to land unexpected twists and shocking reveals. Fast-paced and helplessly entertaining, Run Away is everything his readers have come to expect and then some."—The Real Book Spy

"Run Away is a novel you should plan to read from start to finish, because there is absolutely no convenient place to stop reading. Once you're in, you're there for the duration."—Winnipeg Free Press

"Coben is a masterful storyteller who switches smoothly
between sets of characters, keeping the reader engaged and intrigued. Even
the secondary characters are interesting and believable. Like an
old-fashioned Agatha Christie, Coben's book challenges the reader to figure out
what's going on. But the action also ratchets up the suspense with some scenes
of violence."—New York Journal of Books

"Coben is particularly adroit at documenting the heartbeat of a longtime marriage."—NJ.com

"Yet another fantastic thriller from the master."—Bookstr.com

"Run Away confirms one of the world's finest thriller writers is at the very top of his game."—Peter James

"Wonderful . . . yet another winner."—Richard Osman

"Few of Harlan Coben's thrillers are anything less than gripping, but every now and again he writes one that exceeds his own high standards. Run Away is one."—The Times Online