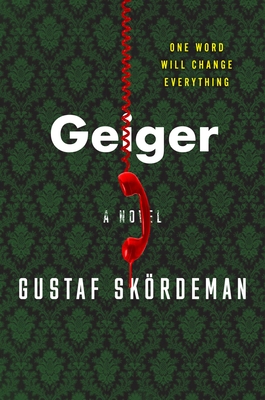 For a seemingly perfect family, a single word will change everything in this edge‑of‑your‑seat thriller for fans of The Silent Patient and The Whisper Man.

It's early summer in Stockholm. Agneta and Stellan Broman have just waved off their daughters and grandchildren when the landline phone rings. The caller says just one word: "Geiger." Agneta hangs up, finds her old pistol, kills her husband of fifty years and then disappears from their home without a trace.

Sara Nowak, a police officer in the prostitution unit, is called by a colleague who is investigating the murder. Stellan was a widely loved former television presenter, and Sara grew up next door to the Bromans, spending much of her childhood in their grand house. Both the victim's daughters and Sara are devastated by the killing, and going against all regulations, Sara gets involved in the investigation. It is the beginning of a dark journey, leading back to the Cold War and fatal ideologies, and the truth about Sara's own childhood.

Gustaf Skördeman was born in 1965 in Sweden and is a screenwriter, director, and producer. Geiger is his literary debut.

"An astonishing, assured and terrifying debut. Many books have pretensions to be the next Girl with the Dragon Tattoo, but Geiger actually delivers - reaching that level and beyond. Remarkable."—David Young, award-winning author of STASI CHILD

"The very definition of a thriller. Plotting as good as Lee Child, pacing as good as Harlan Coben but with a completely original voice. Absolutely brilliant."—Helen Fields, author of PERFECT REMAINS

“A great debut novel that hits all the right buttons with a great lead character…  This one is not to be missed.”—Red Carpet Crash