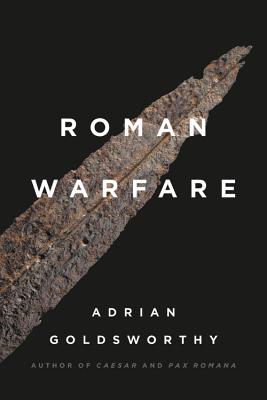 By Adrian Goldsworthy
$20.15
Not Available

From an award-winning historian of ancient Rome, a concise and comprehensive history of the fighting forces that created the Roman Empire
Roman warfare was relentless in its pursuit of victory. A ruthless approach to combat played a major part in Rome's history, creating an empire that eventually included much of Europe, the Near East and North Africa. What distinguished the Roman army from its opponents was the uncompromising and total destruction of its enemies. Yet this ferocity was combined with a genius for absorbing conquered peoples, creating one of the most enduring empires ever known.
In Roman Warfare, celebrated historian Adrian Goldsworthy traces the history of Roman warfare from 753 BC, the traditional date of the founding of Rome by Romulus, to the eventual decline and fall of Roman Empire and attempts to recover Rome and Italy from the "barbarians" in the sixth century AD. It is the indispensable history of the most professional fighting force in ancient history, an army that created an Empire and changed the world.

Adrian Goldsworthy is an award-winning historian of the classical world. He is the author of numerous books about ancient Rome, including Hadrian's Wall, Caesar, How Rome Fell, Pax Romana, and Augustus. Goldsworthy lives in South Wales.