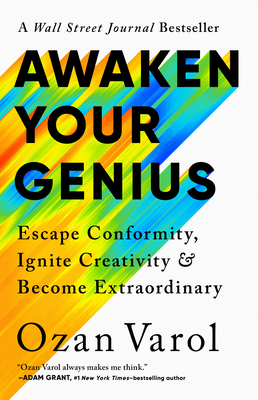 We say some people march to the beat of a different drummer. But implicit in this cliché is that the rest of us march to the same beat. We sleepwalk through life, find ourselves on well-worn paths that were never ours to walk, and become a silent extra in someone else’s story.

Extraordinary people carve their own paths as leaders and creators. They think and act with genuine independence. They stand out from the crowd because they embody their own shape and color.

We call these people geniuses—as if they’re another breed. But genius isn’t for a special few. It can be cultivated.

This book will show you how. You’ll learn how to discard what no longer serves you and discover your first principles—the qualities that make up your genius. You’ll be equipped to escape your intellectual prisons and generate original insights from your own depths. You’ll discover how to look where others don’t look and see what others don’t see. You’ll give birth to your genius, the universe-denter you were meant to be.

Ozan Varol is a rocket scientist turned award-winning professor and bestselling author. A native of Istanbul, Turkey, Ozan moved to the United States by himself at 17 to attend Cornell University and major in astrophysics. While there, he served on the operations team for the 2003 Mars Exploration Rovers project that sent two rovers to Mars. Ozan then pivoted and became a law professor to influence others to make giant leaps on Earth. His work has been featured in various domestic and foreign media, including the Wall Street Journal, Newsweek, BBC, TIME, CNN, and the Washington Post. You can follow him at ozanvarol.com.