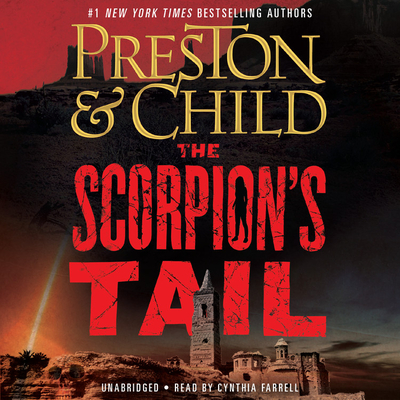 From #1 bestselling authors Preston & Child comes a thrilling novel following archaeologist Nora Kelly and FBI Agent Corrie Swanson as they work together to solve a twisted crime that reaches far beyond any of their worst fears.
Following the acclaimed debut of Old Bones, this second "happily anticipated" new thriller in Preston & Child's series features Nora Kelly, archaeologist at the Santa Fe Archeological Institute, and rookie FBI Agent Corrie Swanson, as they team up to solve a mystery that quickly escalates into nightmare (Booklist).

A mummified corpse, over half a century old, is found in the cellar of an abandoned building in a remote New Mexico ghost town. Corrie is assigned what seems to her a throwaway case: to ID the body and determine cause of death. She brings archaeologist Nora Kelly to excavate the body and lend her expertise to the investigation, and together they uncover something unexpected and shocking: the deceased apparently died in agony, in a fetal position, skin coming off in sheets, with a rictus of horror frozen on his face.

When they at last identify the body -- and the bizarre cause of death -- Corrie and Nora open a door into a terrifying, secret world of ancient treasure and modern obsession: a world centered on arguably the most defining, frightening, and transformative moment in American history.

The thrillers of Douglas Preston and Lincoln Child "stand head and shoulders above their rivals" (Publishers Weekly). Preston and Child's Relic and The Cabinet of Curiosities were chosen by readers in a National Public Radio poll as being among the one hundred greatest thrillers ever written, and Relic was made into a number-one box office hit movie. They are coauthors of the famed Pendergast series and their recent novels include Crooked River, Old Bones, Verses for the Dead, and City of Endless Night.
In addition to his novels, Douglas Preston writes about archaeology for The New Yorker and National Geographic magazines. Lincoln Child is a Florida resident and former book editor who has published seven novels of his own, including bestsellers such as Full Wolf Moon and Deep Storm.
Readers can sign up for The Pendergast File, a monthly "strangely entertaining note" from the authors, at their website, www.PrestonChild.com. The authors welcome visitors to their alarmingly active Facebook page, where they post regularly.