My Less Than Secret Life: A Diary, Fiction, Essays (Paperback) 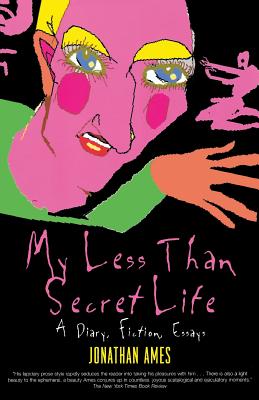 My Less Than Secret Life is the companion volume to Jonathan Ames's first memoirish endeavor, "the mildly perverted and wildly amusing" (Vanity Fair) What's Not to Love? This collection of the cult author's fiction and essays includes Ames's public diary, the bi-weekly columns he penned for the New York Press. The entries of this diary are a record of his mad adventures: his ill-fated debut as an amateur boxer fighting as -- The Herring Wonder', a faltering liaison with a Cuban prostitute, his public outing of George Plimpton as a Jew, his discussion with Eve Ensler about his dear friend The Mangina, a renegade mission as a Jew into the heart of Waspy Maine, and other such harrowing escapades. Whether trying to round up a partner for an orgy, politely assisting in an animal sacrifice, or scamming tickets to the WWF's Royal Rumble for his son, Jonathan Ames proves himself a ballsier Everyman whose transgressions and compassionate meditations will satisfy the voyeur and encourage the halfhearted. But be warned. As Jonathan says, "I don't like to be a bad influence. It's bad enough that I have influence over myself."

". . . Ames has always been one of my favorite contemporary writers . . . for his . . . fearless commitment to the most demanding psychosexual comedies." -- Rick Moody

Jonathan Ames is the author of two novels, I Pass Like Night and The Extra Man, and a memoir, What’s Not to Love? A longtime contributor to New York Press, he has written for McSweeney’s, Bookforum, Conjunctions, Elle, Shout, and Gear. He is the winner of a Guggenheim Fellowship and he lives in Brooklyn, NY. His one-man show of storytelling “Oedipussy” debuted off-off-Broadway in 1999. He appears regularly as a storyteller on NPR’s New York City affiliate, WNYC.