If He Hollers Let Him Go: A Novel (Paperback) 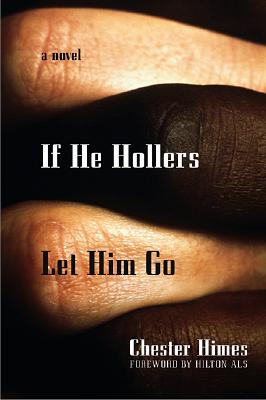 A powerful story of racism that's as pertinent today as when the book was first published
This story of a man living every day in fear of his life for simply being black is as powerful today as it was when it was first published in 1947. The novel takes place in the space of four days in the life of Bob Jones, a black man who is constantly plagued by the effects of racism. Living in a society that is drenched in race consciousness has no doubt taken a toll on the way Jones behaves, thinks, and feels, especially when, at the end of his story, he is accused of a brutal crime he did not commit.

"One of the most important American writers of the twentieth century . . . [a] quirky American genius . . ."--Walter Mosley, author of Bad Boy Brawly Brown, Devil in a Blue Dress

"If He Hollers is an austere and concentrated study of black experience, set in southern California in the early forties."--Independent Publisher

Chester Himes was the author of numerous novels, short stories, essays, and two films. Himes, who began writing while serving a prison term for jewel theft in the early 1940s, is best known for his angry social criticism in books like If He Hollers Let Him Go and Lonely Crusade and for his memorable Harlem detective novels.