The Autobiography of Abbie Hoffman (Paperback) 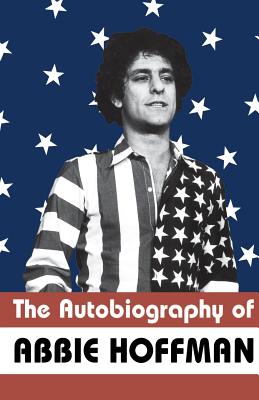 The Autobiography of Abbie Hoffman tells the story of one of America's most influential and imaginative dissidents, a major figure in the 1960s counterculture and anti-war movement who remained a dedicated political organizer right up until his death in 1989. With his unique brand of humor, wit, and energetic narrative, Abbie Hoffman describes the history of his times and provides a first-hand account of such memorable actions as the "levitation" of the Pentagon, the dropping of dollar bills onto the New York Stock Exchange floor, and the Chicago 8 Trial, which followed the demonstrations at the 1968 Democratic Convention, as well as his friendships with Jerry Rubin, Bobby Seale, Allen Ginsberg, and many others. Originally published in 1980 as Soon to Be a Major Motion Picture, this memoir has been out of print for nearly 10 years. This edition includes a new selection of photographs chosen by his widow, Johanna Lawrenson, as well as a new afterword by Howard Zinn celebrating Hoffman's enduring activist legacy.

Abbie Hoffman (1936-1989) was an American political and social activist, anarchist, and revolutionary who co-founded the Youth International Party ("Yippies"). He was arrested and tried for his role in protests that led to violent confrontations with police during the 1968 Democratic National Convention. Hoffman continued his activism into the 1970s, and remains an icon of the anti-war movement and the counterculture era.