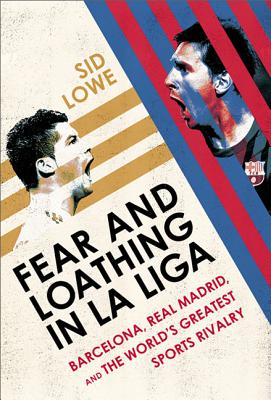 Fear and Loathing in La Liga is the definitive history of the greatest rivalry in world sport: FC Barcelona vs. Real Madrid. It's Messi vs. Ronaldo, Guardiola vs. Mourinho, the nation against the state, freedom fighters vs. Franco's fascists, plus majestic goals and mesmerizing skills. It's the best two teams on the planet going head-to-head. It's more than a game. It's a war. It's El ClÃ¡co.

Only, it's not quite that simple. Spanish soccer expert and historian Sid Lowe covers 100 years of rivalry, athletic beauty, and excellence. Fear and Loathing in La Liga is a nuanced, revisionist, and brilliantly informed history that goes beyond sport. Lowe weaves together this story of the rivalry with the history and culture of Spain, emphasizing that it is "never about just the soccer." With exclusive testimonies and astonishing anecdotes, he takes us inside this epic battle, including the wounds left by the Civil War, Madrid's golden age in the fifties when they won five European cups, Johan Cruyff's Barcelona Dream Team, the doomed GalÃ¡ico experiment, and LuÃ­Figo's "betrayal."

By exploring the history, politics, culture, economics, and language -- while never forgetting the drama on the field -- Lowe demonstrates the relationship between these two soccer giants and reveals the true story behind their explosive rivalry.

Sid Lowe is a historian and expert on Spanish soccer and history. He has written for the Guardian since 2001 and regularly appears on the Guardian's soccer podcast, Football Weekly. He writes for World Soccer, FourFourTwo, and ESPN, and is a commentator and panelist on UK, Spanish, and Asian television and radio. Follow him on Twitter @sidlowe.