Inside the Cell: The Dark Side of Forensic DNA (Hardcover) 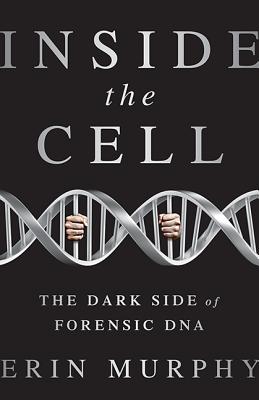 Josiah Sutton was convicted of rape. He was five inches shorter and 65 pounds lighter than the suspect described by the victim, but at trial a lab analyst testified that his DNA was found at the crime scene. His case looked like many others -- arrest, swab, match, conviction. But there was just one problem -- Sutton was innocent.

We think of DNA forensics as an infallible science that catches the bad guys and exonerates the innocent. But when the science goes rogue, it can lead to a gross miscarriage of justice. Erin Murphy exposes the dark side of forensic DNA testing: crime labs that receive little oversight and produce inconsistent results; prosecutors who push to test smaller and poorer-quality samples, inviting error and bias; law-enforcement officers who compile massive, unregulated, and racially skewed DNA databases; and industry lobbyists who push policies of "stop and spit."

DNA testing is rightly seen as a transformative technological breakthrough, but we should be wary of placing such a powerful weapon in the hands of the same broken criminal justice system that has produced mass incarceration, privileged government interests over personal privacy, and all too often enforced the law in a biased or unjust manner. Inside the Cell exposes the truth about forensic DNA, and shows us what it will take to harness the power of genetic identification in service of accuracy and fairness.

Erin Murphy is a professor at NYU School of Law and an expert in DNA forensics. She is a graduate of Harvard Law School. In addition to scholarly journals, her writing has appeared in Scientific American, New York Times, USA Today, Slate, San Francisco Chronicle, and Huffington Post. Follow her on Twitter @ErinMurphysLaw.

“The book is full of cases and examples that propel Murphy's discussion forward and will no doubt unsettle the average citizen. Thankfully she also provides actionable recommendations for policy changes in a legal system that so far has little to say about the collection and uses of DNA.” –Publishers Weekly

“A specialized work that will appeal to attorneys, investigators, crime writers, and others on the frontiers of forensic DNA laws and technologies.” –Kirkus Reviews

“This brilliant, accessible, and extremely important book by one of our foremost scholars has a timely message: Without disputing its transformative impact, Murphy argues that DNA testing is not a panacea for the criminal justice system or forensic scientists. Murphy provides a balanced, thoughtful, and essential roadmap to a more democratic future. A must-read.” —Barry Scheck and Peter Neufeld, cofounders, the Innocence Project