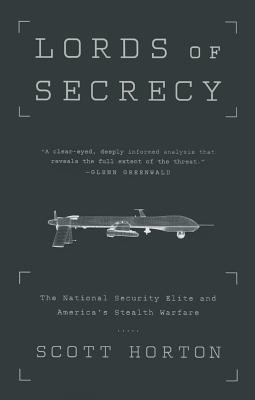 Forty years ago, a majority of Americans were highly engaged in issues of war and peace. Whether to go to war or keep out of conflicts was a vital question at the heart of the country's vibrant, if fractious, democracy. But American political consciousness has drifted. In the last decade, America has gone to war in Iraq and Afghanistan, while pursuing a new kind of warfare in Yemen, Somalia, Libya, and Pakistan. National security issues have increasingly faded from the political agenda, due in part to the growth of government secrecy.

In lucid and chilling detail, journalist and lawyer Scott Horton shows how secrecy has changed the way America functions. Executive decisions about war and peace are increasingly made by autonomous, self-directing, and unaccountable national security elites. Secrecy is justified as part of a bargain under which the state promises to keep the people safe from its enemies, but in fact allows excesses, mistakes, and crimes to go unchecked. Bureaucracies use secrets to conceal their mistakes and advance their power in government, invariable at the expense of the rights of the people. Never before have the American people had so little information concerning the wars waged in their name, nor has Congress exercised so little oversight over the war effort. American democracy is in deep trouble.

Lords of Secrecy explores the most important national security debates of our time, including the legal and moral issues surrounding the turn to private security contractors, the sweeping surveillance methods of intelligence agencies, and the use of robotic weapons such as drones. Horton looks at the legal edifice upon which these decisions are based and discusses approaches to rolling back the flood of secrets that is engulfing America today. Whistleblowers, but also Congress, the public, and the media, play a vital role in this process.

As the ancient Greeks recognized, too much secrecy changes the nature of the state itself, transforming a democracy into something else. Horton reminds us that dealing with the country's national security concerns is both a right and a responsibility of a free citizenry, something that has always sat at the heart of any democracy that earns the name.

Scott Horton is a Contributing Editor at Harper's Magazine, an attorney active in international practice, and a lecturer at Columbia Law School. A life-long human rights advocate, Horton served as counsel to Andrei Sakharov and Elena Bonner, among other activists in the former Soviet Union. His journalistic work has received the National Magazine Award for Reporting, among other distinctions.