The Barcelona Inheritance: The Evolution of Winning Soccer Tactics from Cruyff to Guardiola (Paperback) 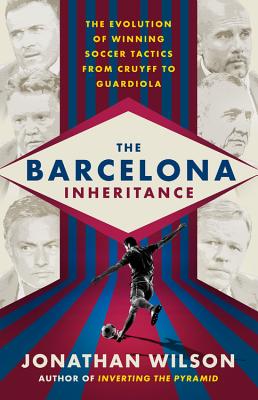 From Cruyff's "Total Football" to the epic rivalry between Guardiola and Mourinho, a gripping chronicle of the rise and fall of Barcelona's dominance in world soccer.

Barcelona's style of play -- pressing and possessing -- is the single biggest influence on modern soccer. In The Barcelona Inheritance, Jonathan Wilson reveals how and why this came to pass, offering a deep analysis of the evolution of soccer tactics and style.

In the late 1990s, Johan Cruyff's Dream Team was disintegrating and the revolutionary manager had departed, but his style gave birth to a new generation of thinkers, including Pep Guardiola and JosÃ©ourinho. Today, their teams are first and second in the Premier League, marking the latest installment in a rivalry that can be traced back twenty-five years.

The Barcelona Inheritance is a book about the tactics, the personalities, the friendships, and, in one case, an apocalyptic falling-out that continue to shape the game today.

"Wilson offers broad historical perspective to bolster his claim that 'For a long time the best Dutch football has been played in Spain.' As with his remarkable history ofsoccer tactics, Inverting the Pyramid (2013), this latest will appeal primarily to wonky fans who see the game behind the game-but for them, it's a winner."—Booklist