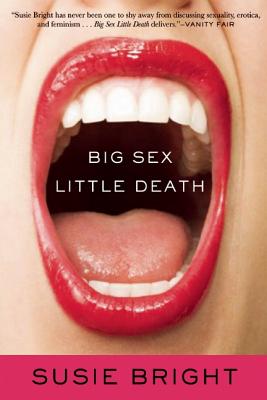 "Susie Bright has never been one to shy away from discussing sexuality, erotica, and feminism . . . Big Sex Little Death delivers." Vanity Fair

"Susie Bright is the Emma Goldman of our time." LA Weekly

"One of the bravest and sharpest sex writers of our time." Salon

"How does a cocky woman write such a ballsy memoir?" Daily Rumpus

"Reading Bright is the equivalent of seeing her at your local farmers' market wearing *This is What A Sex-Positive Feminist Looks Like* t-shirt.This is a good thing." Alternet

"The stories she tells are dramatic, violent, passionate-- but it's the writing here that is the most stunning." SexIs

"Titillating, arousing and salacious are words not normally ascribed to a writer's memoir, unless, of course, that writer happens to be Susie Bright." Larry Mantle, Airtalk