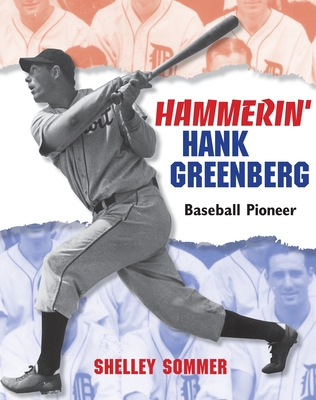 By Shelley Sommer
$20.10
Not Available

Hank Greenberg battled anti-Semitism on and off the field. Raised in New York City, he was the son of Romanian-Jewish immigrants, served during World War II, and then had a long career as a baseball player with the Detroit Tigers—where the moniker Hammerin' Hank came to life—and later as a baseball executive. Readers will experience the prejudice Greenberg endured, even as he made his way into the annals of baseball history: two-time American League MVP, 331 home runs, and first Jewish baseball player inducted into the National Baseball Hall of Fame. Archival photos add to the appeal of this Sydney Taylor Honor Book.

Shelley Sommer is a teacher and the director of the Inly School Library in Scituate, Massachusetts Prior to that, she worked for the John F. Kennedy Library Foundation. She received her master's degree in children's literature from Simmons College. After marrying a lifelong Red Sox fan in 1986, she became a proud member of Red Sox Nation and now considers herself a fan of both the Red Sox and Hank Greenberg's Detroit Tigers.

"An excellent choice for kids who enjoy delving into baseball history."—Booklist