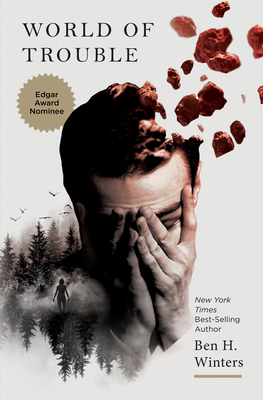 This is book number 3 in the The Last Policeman Trilogy series.

With the doomsday asteroid looming, Detective Hank Palace has found sanctuary in the woods of New England, secure in a well-stocked safe house with other onetime members of the Concord police force. But with time ticking away before the asteroid makes landfall, Hank’s safety is only relative, and his only relative—his sister Nico—isn’t safe. Soon, it’s clear that there’s more than one earth-shattering revelation on the horizon, and it’s up to Hank to solve the puzzle before time runs out...for everyone.

Ben H. Winters is the author of six novels, including The Last Policeman, which won the 2013 Edgar Award for best paperback original, and its sequel, Countdown City. He lives in Indianapolis, Indiana, with his wife and their three children.

Nominated for the 2015 Edgar® Award for Best Paperback Original

“Winters, a major talent, gives us the best realized world on the verge of annihilation that this reviewer has seen since Cormac McCarthy.”—Sci Fi Magazine

“Winters’ style is a slow burn....His cadence is a steady beat rather than a roller coaster, and his words sparing and simple. They will stay with you.” —William O’Connor, The Daily Beast

“World of Trouble is a page turner, a book that is riveting and humane, suspenseful rather than frenetic, and moving rather than depressing; and the key to it all is our guide through this crumbling world. Palace is a brilliant creation, the perfect hero for our eschatological age.”—Tor.com

“More than a shining example of how to write about the apocalypse—it’s one of the most well-written mysteries of any era...World of Trouble is a book you don’t want to miss.”—Paste

“That Winters can paint for us a world that is so bared-boned, raw and honest is why this is one of the best books of the year so far.”—Cleveland Plain Dealer

“World of Trouble demonstrates a greater confidence in the storytelling, richer supporting characters, and an ending that I wanted to both race toward and hold off as long as possible.”—Indianapolis Business Journal

“Winters is brilliant in conveying the ways in which people look for their best impulses but often end up as the victims of other people’s most base instincts.”—Toronto Star

“Winters is a deft storyteller who moves his novel effortlessly from its intriguing setup to a thrilling, shattering conclusion.”—Los Angeles Review of Books