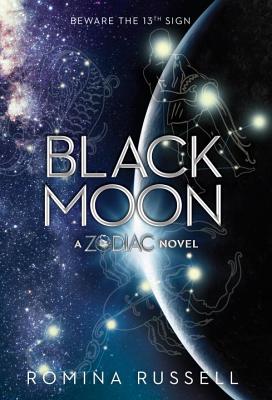 By Romina Russell
$21.27
Not Available

This is book number 3 in the Zodiac series.

"This is spectacular sci-fi." —Booklist


One final secret stands between Rho and the enemy. But will the devastating truth destroy her first?

Rho, the courageous visionary from House Cancer, lost nearly everything when she exposed and fought against the Marad, a mysterious terrorist group bent on destroying balance in the Zodiac Galaxy. Now the Marad has disappeared without a trace, and an uneasy peace has been declared.

But Rho is suspicious. She believes the Master is still out there in some other form. And looming over all are the eerie visions of her mother, who died many years ago but is now appearing to Rho in the stars.

When news of a stylish new political party supported by her best friend, Nishi, sends Rho on another journey across the Galaxy, she uses it as an opportunity to hunt the hidden master and seek out information about her mother. And what she uncovers sheds light on the truth--but casts darkness upon the entire Zodiac world.

Book 3 in the breathtaking sci-fi space saga inspired by astrology that will stun fans of the Illuminae Files and Starbound series.

New York Times bestselling author Romina Russell originally hails from Buenos Aires, Argentina and currently resides in Los Angeles, CA. She is a graduate of Harvard College and a Virgo to the core. Follow her on Twitter @RominaRussell and visit zodiacbooks.com for more information about the series and your horoscope!

PRAISE for WANDERING STAR:
"Russell’s excellent writing has only gotten better: her descriptions are deep and lush, her heroes fully formed and sympathetic." —Booklist

PRAISE for ZODIAC:
"ZODIAC is a thrilling YA fantasy for astrology lovers and sci-fi fans alike... You'll want to learn even more about your own sign after this one.” —Teen Vogue

"With a stellar cast, fascinating mythology, and unexpected twists and turns, ZODIAC is a must read. I am a fan!" —Morgan Rhodes, New York Times bestselling author of the Falling Kingdoms series

"Russell's debut novel is rich with details of a society that is equal parts hard science and free-flowing faith, making it a great read for fans of both epic fantasy and sf. Fans of the immersive world of Zodiac will be happy to know that this is just the first in a series." —Booklist

"Russell's narrative mixes intrigue, romance, and adventure, and a constant underlying tension drives Rho and her allies from one planet to the next." —Publishers Weekly

"The worldbuilding is a science fiction delight, with tons of details about space and science...Recommend this to sci-fi and adventure lovers. It has a bit of something for everyone." —VOYA

"A sci-fi refreshing for both its nondystopian plot and fallible heroine." —Kirkus