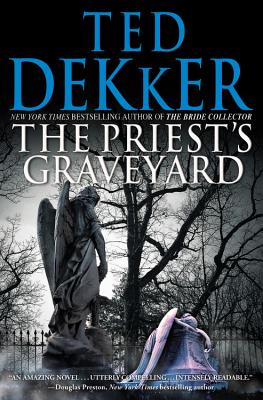 Two abandoned souls are on the hunt for one powerful man. Soon, their paths will cross and lead to one twisted fate.Danny Hansen is a Bosnian immigrant who came to America with hopes of escaping haunted memories of a tragic war that took his other's life. Now he's a priest incensed by the powerful among us who manipulate the law for their own gain, uncaring of thes hattered lives they leave behind. It is his duty to show them the error of their ways, even if he must put them in the grave.Renee Gilmore is the frail and helpless victim of one such powerful man. Having escaped his clutches, she now lives only to satisfy justice by destroying him, regardless of whom she must become in that pursuit.But when Danny and Renee's paths become inexorably entangled things go very, very badly and neither of them may make it out of this hunt alive.

Ted Dekker is a New York Times bestselling author of over thirty novels. Heralded as a "master of suspense" by Library Journal, Dekker has sold millions worldwide, establishing himself as one of the most widely recognized author brands. Dekker was born to missionaries and grew up among cannibals of Indonesia, and his peculiar upbringing gives him a unique perspective outside the cultural bubble, allowing him the freedom to share provocative insights in his fiction. He resides in Austin, TX, with his wife and children. You can find him at Teddekker.com.

Praise for THE PRIEST'S GRAVEYARD:

The Priest's Graveyard by Ted Dekker is an amazing novel, utterly compelling, the story of an abandoned girl and a strange, vengeful priest whose paths eventually cross-with terrifying consequences. Intensely readable, well written, and completely original.
--Douglas Preston, co-creator of the famed Pendergast series of novels

"The Priest's Graveyard is a thrill-a-minute ride, with heart-pounding action and a twist that you'll never see coming."
-- Tess Gerritsen, New York Times bestselling author of IceCold
"Here's the best part about The Priest's Graveyard: It's smart enough to realize that, for many, the scariest thing in life isn't a monster or something that bumps in the night. It's love. Love is terrifying. And powerful. And unstoppable. And if you don't already know that, you're about to see why. The Priest's Graveyard will haunt you -- long after you want it to."
-- Brad Meltzer, #1 New York Times bestselling author of The Book of Fate and The Inner Circle

"If you've never visited Ted Dekker's world, do it. The Priest's Graveyard is perfect entertainment. Beguiling, compelling, challenging, and riveting--fantastic gimmick-free storytelling--that's what you get with Ted Dekker. Don't pass this up."
-- Steve Berry, New York Times Bestselling Author of The Emperor's Tomb


Dekker's new thriller is skillfully written, surprising, and impossible to put down. It might, in fact, be his best novel to date. At its center are two compelling characters: Danny Hansen, a priest who doles out punishment to people who have skirted justice through the usual channels; and Renee Gilmore, who has dedicated herself to getting revenge for the murder of the man she loved. When Danny and Renee come together, united by their pursuit of the same man, they are in store for shocking revelations that could destroy them both-and will keep readers captivated to the end. This is an extremely well-thought-out novel, precisely plotted, and, like a good magic trick, deceptive and startling. Although the story's right-angle plot twist is jolting, it doesn't feel forced or unbelievable, and the book's atmosphere is appropriately dark and unsettling, kind of like the feeling you get from the Saw movies (although this book isn't nearly as graphic or twisted as those). A daring and completely riveting thriller.—Booklist